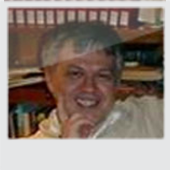 I studied English at Sarajevo University, which involved a lot of literature and descriptive grammar (like Quirk et al), in addition to usual language classes. I was almost set to continue with literature for graduate studies (a bit under pressure from the lit people in the department after getting the highest mark in my final literature exam [this used to happen about once in 10 years], for which among other things I wrote an essay arguing Joyce’s Ulysses is the ultimate comedy).

Then in the haze of my fourth year (which involved acting in some theater performances and a lot of ”staying up late“ for this and similar reasons) I took Midhat Ridjanovic’s linguistics course. It was on a pretty basic level, with just a bit of generative stuff, but it was enough to give me a sense of what linguistics is about. That and the infectious enthusiasm of the teacher made it impossible for me not to decide to become a linguist. (Midhat Ridjanovic was not only a great teacher, but also a tough grader. It wasn’t uncommon to see a note like this on the English department board: ”48 students took the linguistics exam last Friday. Nobody passed.“) Midhat talked me into applying for graduate programs in linguistics in the US, since it was impossible to get a proper generative linguistics education in the graduate programs in Yugoslavia at that time. I got a list of US graduate schools in the American Center in Sarajevo and picked a couple of smaller, only MA schools (I don’t know what criterion I used, or if there even was a criterion). One of them was West Virginia University (WVU), which ended up offering me a graduate assistantship by mistake. (The list of courses I took which I gave them included things like a year of phonology, a year of syntax... They were those traditional, descriptive courses you take when you are learning a language, while at WVU they were under the impression that these were serious generative linguistics courses.)

Anyway, they asked me to teach on my own an undergraduate linguistics course at WVU, which was fine except that most of the material I was supposed to teach was completely new to me. So it was one of those read it in the evening, teach it in the morning things. (Once I actually had to teach a course at 9:00AM, which was very painful.) After getting an MA at WVU, I went to the University of Connecticut to do my Ph.D. At one point at WVU, one of my teachers there left a note in my mailbox asking me not to ask difficult questions in the class. The note included something along the lines of “I am not Howard Lasnik to...”, so I thought it might not be a bad idea to go to UConn (Howard was of course at UConn at that time). After a phone call from Mamoru Saito I indeed decided to go there. The path I took became a bit of a tradition for a short period of time, since two other people, Sandra Stjepanovic and Sasa Vukic, also took the Sarajevo–WVU–UConn path. And I’m still at UConn.