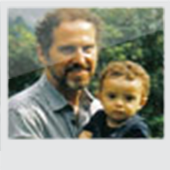 I studied philosophy in the United States at a time when ”ordinary language philosophy” (as represented by Austin, Ryle, and others) was on the curriculum. In his course, MeiTsu-Lin taught us that, philosophical aspects aside, language could also be considered as a logical vehicle, a formal system, and an object of science. I concluded that the broadest scientific approach was fundamental for any of the others.

I then went to Spain where the academic approach to language was philological. Agustín García Calvo provided me with a counter-cultural vision while I continued my autodidactic preparation in linguistics. When I reached Paris in 1971, I discovered the ”Centre de Linguistique quantitative” operated by the mathematician Daniel Hérault. At that time, there were ”cracks in the system”, ways of moving onto a parallel path in life and even of moving back and forth. Hérault’s Centre, providing non-degree, after-hours instruction for anyone interested, was one of these. Since that time, the political powers have been striving to close up such cracks.

At the Centre, I met the Iranian scholar, Mohammed Djafar Moinfar, who introduced me to Jacqueline M-C. Thomas of the Centre National de la Recherche Scientifique (CNRS). She headed a team of African linguists and sent me on my first field trips to Africa. She then included me in an ambitious plan for the development of the discipline and I entered the CNRS as a researcher in 1975.

Jacqueline Thomas was trained by André Martinet, but had none of the sectarian responses to new tendencies which Martinet showed in the face of the onslaught of the generative school. She judged research according to her criteria but prevented no one from choosing another approach on the proviso of basic argumentational competence. I found the same qualities in Denise François-Geiger who directed my dissertation at the Université René Descartes (Paris V-Sorbonne).

The promotion of African linguistics in France had an unfortunate ”boomerang” effect: other linguistic disciplines lodged their claims to preferential treatment and recruitment into my field stagnated. This situation has been aggravated by the will to force publically funded science into the short-termism inherent in election-based political systems.

I have devoted my professional life to the description of Central African languages with the broad aim of preserving a body of experiences which will be of potential use to the speakers of those languages and any other interested parties; now or in some future time. I have tried to assimilate ”theoretical” developments but avoided involvement in attempts to confirm or infirm them. Perhaps I live in the past.