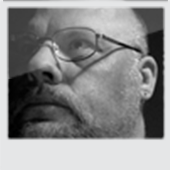 This will be a surprise to my high school French and English teachers, but I knew I wanted to be a linguist from a fairly young age. There were three main influences in this decision. First, my father was an English Professor and I greatly admired his devotion to research and teaching and so I knew I wanted a career in academia. Second, my family were recent immigrants to Canada from Scotland. We were, like many expatriates, more Scottish than the Scots back home. We did Scottish Country dancing, my father was a Robert Burns scholar, I learned to play the bagpipes and highland dance, and I knew that to 'round' out my ethnic obsessions that I wanted to learn to speak Gaelic as well. The third spoke in the wheel was my discovery in the 7th grade, of David Thomson's (1975) book Language, published in the Time/Life series. I devoured this book and it convinced me that the life of the linguist was a glorious one (which was only slightly untrue). These influences combined in such a way that I decided I wanted to study the sociolinguistics of Scottish Gaelic. I was, unfortunately, a lazy student in high school and everyone doubted that I would achieve any academic goals. But I attribute my poor performance in school to the fact that I wasn't interested in the material I was being presented with at school when I already knew my passions lay in the scientific study of language, paired with the fact that I didn't really believe most of what was being fed to me about grammar.

As a Canadian, the University of Toronto was not only a destination school, but had the unique combination of Linguistics and Celtic Studies that I wanted. Now it's obvious that I'm not a Scottish Gaelic sociolinguist. Two things combined to change my research focus. First, I was forced to abandon my studies of Scottish Gaelic at Toronto because the teacher was in a terrible car accident and the class was cancelled, so I took several classes in Irish instead and became significantly more proficient with the analysis of that language. (Although recently I've been lucky enough to start working on Scottish Gaelic again.) The second thing was my introductory class with Elizabeth Cowper, who showed me -- along with other great instructors at Toronto such as Keren Rice, Diane Massam and Elan Dresher -- that my real talents were in formal linguistic analysis. I was hooked when I discovered that "th" in English spelling was pronounced two different ways. I was utterly smitten when I learned about the interaction and ordering of transformations. The instructors at U of T encouraged me to pursue linguistics at MIT, where I had the luck to work under the incredible late Ken Hale, as well as having close mentoring relationships with Morris Halle, Alec Marantz and David Pesetsky. Ken taught me many things but most important, I think, is a deep respect for the ideal that a deep understanding of linguistics only comes with respect for the details of a language and respect for the humanity of its speakers.