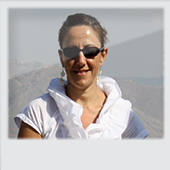 I did not come into linguistics by accident, nor did I know from a young age that I wanted to be a linguist. As a teenager in the early 80s, growing up in Lebanon during the civil war, I had in fact never heard of linguistics.

I was preparing myself for a career in medicine, because my family and my teachers all said I could do it. The thought of becoming a psychiatrist, and perhaps unlocking some of the mysteries of the mind stayed with me throughout my high school years. By the time I was ready to go to college, I had stopped romanticizing about the idea of a career in medicine; I chose instead to study mathematics, a subject I excelled at in school. I also joined some friends of mine studying French literature at the Université Saint-Joseph. I wasn’t quite sure what I would do with a degree in mathematics, but my advisor was encouraging me to consider a career in academia. The French literature curriculum included one course in linguistics, which was taught by a Jesuit priest, Père Aucagne, who had no formal training in linguistics. He had studied Greek and Latin and had a passion for languages. When I raised my hand for the first time, to ask a question in his class, Père Aucagne told me that I was the only literature student he had ever had who seemed to show an interest in linguistics. He also gave me a book to read and suggested that we could discuss it together. He added that he found the book difficult, but that my training in mathematics could be an asset, and that we might work together to understand it. That book was Syntactic Structures. It was the summer of that year that I decided to pursue a degree in linguistics.

This was easier said than done: we were in the late 80s, before email and the Internet, and the civil war in Lebanon was still raging. I needed to find out how and where to apply. I also needed advice from someone knowledgeable about the field, but I had chosen a specialization that very few in Lebanon had heard about. Père Aucagne put me in touch with the chancellor of the Université Saint-Joseph who knew Joseph Aoun. They thought that I should write to Joseph and ask him for advice. I sent Joseph a naïve letter inquiring about linguistics programs in the US and their admissions requirements. Meanwhile, the hostilities of the civil war had intensified, and I left Lebanon before receiving his answer.

I arrived in Virginia in May 1990 to stay with family. Soon after, I started applying to graduate programs in neighboring universities. I joined the program in general linguistics at the University of Georgetown in spring 1991. This is where I was first introduced to the different areas of specialization in linguistics, and by the time I completed my course work there, I knew I needed to spend even more time reading, studying, and catching up. I also knew that I wanted to focus my research on Arabic in particular, and Semitic languages in general. While completing my degree at Georgetown, I started applying to some PhD programs in the US, including USC, where I hoped to be able to work with Joseph. I joined USC in fall 1993, and I have been working on the syntax of Arabic ever since. I am now at the American University of Beirut. My work on the comparative syntax of Arabic dialects continues to be a source of excitement and pleasurable new discoveries.