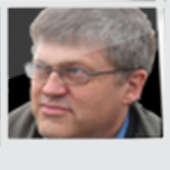 The word "nerd", graphically spelt "nörd", entered my native language, Swedish, fairly recently. Nevertheless, and even without access to computers, I displayed severe symptoms of nördiness at an early age. In particular, I had an obsession with languages, and spent quite some time making up what is nowadays called "conlangs", i.e. languages invented for fun. (I suspect that such nördiness is really a benign form of Asperger's syndrome.) My interest in languages was encouraged by my father, who had originally wanted to study Latin and Greek, but due to the bleak labour market prospects for teachers in those subjects ended up teaching geography at the School of Economics in Stockholm and later in Gothenburg. He gave me various books to read on language-related topics, which I duly devoured. I was also quite early on convinced that I was going to be a scientist of some kind but at first thought that zoology was the right subject for me. I still find biology fascinating and have inherited also an interest in maps (although I did not like geography at all at school). But in high school I had already understood that languages were my fate. The Swedish school system at the time heavily emphasized foreign languages - in high school everyone was supposed to learn English, German, and French, and in addition I chose the maximum program, including also Latin and Greek.

Linguistics was just starting to be taught as an academic subject in Sweden, and it did not exist in Gothenburg, where I was at the time. The most theoretically-sounding subject was "Sanskrit with comparative Indo-European philology", so I took some courses in that, but soon decided that Slavists had more fun, both socially and scientifically. Choosing Russian also allowed me to do my military service in a slightly more civilized way at the Army Interpreter School in Uppsala. But I also took courses at the departments of Philosophy and English, where transformational grammar was being introduced by Alvar Ellegård. In 1967-68, I spent a year at the University of Leningrad (now St. Petersburg), trying to get started on a dissertation on Russian word order. At this point in time, undergraduate teaching in linguistics was being started in Gothenburg, and on my return there I attended courses given by Paul Kiparsky who had been invited as a visiting professor. In 1969, an event took place which many of us think of as the real starting-point for linguistics in Scandinavia: a summer school with Paul Kiparsky, Haj Ross, and Jim McCawley. For quite some time, many young linguists in Scandinavia became card-carrying Generative Semanticists. As for myself I had already drifted away from Slavic linguistics, and when Alvar Ellegård asked me to take over the undergraduate courses in (general) linguistics in Gothenburg, I was quite happy to do so, and have stayed in the subject ever since. My first semester coincided with a visiting professorship for Jim McCawley, so I am proud to having shared an office with this by now legendary and much regretted linguist. During the seventies, linguistics in Gothenburg was not yet a properly established subject, but we were happy to be a group of people of roughly the same age, independent of older authorities. In 1980, I decided to move back to my city of birth, Stockholm, and that is where I still am. Scientifically, I lost faith in Generative Semantics after a few years, and regarded myself mainly as a formal semanticist for some time. My present typological orientation developed gradually, being mediated by an interest in tense and aspect - a natural choice of topic for a Slavist with a leaning towards formal semantics. Looking back, I am struck by how little we (or rather I) knew about human language(s) when I started; on the other hand, it was an exciting time, because everything seemed to be possible.