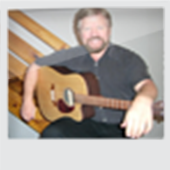 I came into Linguistics serendipitously. Although I have always been interested in languages, largely due to growing up on the Mexican border, hearing Spanish spoken all around me in Imperial Valley, California, I wasn't particulary interested in science - I wanted to be a musician. But on a trip with my school band to Hollywood, I went to see the movie My Fair Lady (at the Egyptian Theater) and I was fascinated by the work of 'Henry Higgins' (coincidentally, the linguistic consultant for that film was the late Peter Ladefoged, who became a good friend and co-author). Higgins's work attracted me mainly because it looked like phoneticians could get rich and know women like Audrey Hepburn. But the film also helped cultivate my pre-existent fascination with language.

A few years later, as junior at El Capitan High School in Lakeside, California, I met a family of missionaries who worked in a village in Brazil, among the Sateré-Mawé community. Eventually I moved to Brazil with SIL International, the organization to which this family belonged. SIL asked me to work with a group of people that had stymied all previous SIL linguists, the Mura-Pirahã (more correctly known as the Pirahã). As my interest in linguistics grew, I began and completed an Sc.D. in Linguistics at the University of Campinas (UNICAMP) in the state of São Paulo. Later, I realized that I did not share all of SIL's goals among Amazonian Indians, nor the set of beliefs accompanying these goals, but I was keenly interested in figuring out how their languages worked and what they had to teach us about the nature of communication among Homo sapiens.

Although for much of my career I conducted research from a Chomskyan, formalist perspective, my current research is concerned with understanding how cultural values constrain language. Thus right now, although I am still writing about many issues of interest to formal linguistics, I am more interested in developing what I hope will be a linguistics in the tradition of William James, in which the notions of usefulness, coherence, and radical empiricism produce a view and practice of science radically different and, for me at least, much more satisfying than the Cartesian-Popperian views of knowledge and science that have undergirded so much research in linguistics. I also want to contribute to re-cultivating a Boasian approach to the study of language as something embedded in a rich cultural matrix, something which cannot be understood well without reference to that matrix.

I have lived in jungle villages for more than 7 years of my life and have conducted field research in the Amazon every year since 1977. I have been attacked by a 15 meter anaconda, crossed paths with jungle cats, been nearly bitten by several poisonous snakes, lived for weeks with wasps covering most of my bare skin all day, stinging me regularly, had malaria many times, as well as typhoid fever and amebic dysentary, had my life threatened (and thought I was going to be killed) more than once, and have driven motorcycles, pickups, and boats for thousands of miles through Brazil. (I just threw those last lines in for good measure. My life turned out to be not much like Henry Higgins's after all.)