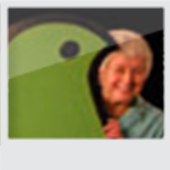 My interest in linguistics dates from a course I took with Roger Brown in 1952, while a senior at Radcliffe College (now Harvard), majoring in history and literature. My senior honors thesis, which I was writing at the time, was on George Borrow and the image of the Gypsy in nineteenth century British literature. Harvard in those days had a Department of Comparative Philology, rather than a Linguistics Department, with a strong emphasis on historical linguistics, and broad offerings in languages, both ancient and modern. Having already studied French and Spanish before coming to college, I took courses in Sanskrit, German, and Norwegian at various points in my undergraduate career, in an attempt to satisfy a growing fascination with language.

The languages and the literature we read --The Wild Duck in Norwegian, for instance, and parts of the Mahabharata in Sanskrit-- were absorbing, but they were not really what I was looking for. Quite by happenstance, I enrolled during my senior year in a new course called the Psychology of Speech and Communication, taught by a young assistant professor named Roger Brown, who had recently arrived from the University of Michigan. The lectures were a revelation, beautifully organized, and full of startling ideas: language is a system, and the units that linguists describe have their psychological counterparts in the minds of speakers. It is possible to study the way human beings acquire, store, retrieve, comprehend, produce, or forget language.

Obviously, this was the subject to study. After taking this course, I never had a second thought about what I wanted to do. Finishing my undergraduate studies, I went to the Radcliffe Graduate School, took a Master's degree in their new Department of Linguistics, and then petitioned Harvard to study for a joint Ph.D. in Linguistics and Psychology under the direction of Roger Brown. It was 1955.

My colleagues in this new combined field of linguistics and psychology were Don Hildum and Eric Lenneberg and we of this first cohort of Roger Brown's doctoral students were the only ones to attempt joint degrees, satisfying the requirements in both departments. Eric Lenneberg took Old High German to satisfy his historical linguistics requirement, while I followed the adventures of Roland and Olivier in Old French. I was happy to take Arabic to satisfy a non Indo European requirement, and happier still when Professor Whatmough, chairman of the Linguistics Department, said to me one day, "You can't make bricks without straw, Miss Berko; you shall have to have some Sanskrit." I was able to reply, "But, Professor Whatmough, I've already had Sanskrit." One never knows how an early interest may later fit into the grand scheme of things. (Not only did the undergraduate work in Sanskrit stand me in good stead; the interest in Gypsies led ultimately to an invitation to the Hungarian Academy of Sciences, where I worked on how Roma children acquire language.)

In my fourth year of graduate school, I wrote my dissertation on how children acquire English morphology. The little creatures called Wugs that I drew for the study have been following me around for the past 54 years.