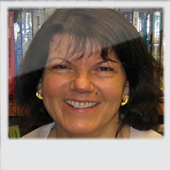 First and foremost, languages and their speakers have inspired me as a linguist, and second-and almost equally-other linguists, including many who are featured here and have been over the last couple of years. I've been fascinated by different languages and cultures for as long as I can remember, wanting to get inside them, as it were, see them from the inside out. By my senior year in high school, I was studying French, Latin, German and Russian all at once, and so it seemed natural to enroll in introductory linguistics when I got to college. But the path from there to becoming a linguist has had many turns and side trips along the way.

I should probably admit that introductory linguistics nearly ended my career before it began. By midterm of my first semester, I had a very solid F average in the course. My downfall was phonetics, and I only subsequently understood that my problem came from not memorizing. I thought I could reconstruct the sounds in my mouth and deduce manner and place of articulation from that. This does not work well when you have had only a few weeks of linguistics. Somehow I turned things around in the second half of the course because I pulled through with a C, but on top of the phonetics problem, I could not see the forest for the trees: I could not see how to bring all the different subfields together to understand how language as a whole works. And I've always been driven by an interest in language as used by speakers, and don't see language as separate from the speakers who use it. So I decided that linguistics wasn't for me.

But I kept studying languages, including Russian and what was then called Serbo-Croatian and could not help but notice how in some ways they were very similar, and in some very different. There were curious similarities: R gorod vs. BCS grad 'city'; R moroz, BCS mraz 'frost'; Russian moloko, C mlijeko, S mleko 'milk'. What was going on with the infinitive in Serbian? What was happening with all these clitics? Why doesn't Russian do possession with a good HAVE verb like BCS (imati), but rather put the possessor after a location preposition? And so on and so on. The more I learned, the more questions I had. Luckily my language classes were taught by linguists who pointed me in the right direction. So I spent a summer (re)learning introductory linguistics, finally understanding what I needed all those tools for. And I started taking as many Slavic linguistics classes as I could while still an undergraduate.

I went to study Slavic linguistics because that field seemed to connect language with speakers and found myself studying with Johanna Nichols who is a strong proponent empirically-driven research that is grounded in theory and contributes to theory. And through her I saw Slavic as a window to other languages, as well as a means to accessing the theories of Russian linguists. But here too the path was not always direct or clear. For example, while studying at Berkeley, I was teaching an intensive Russian course and one of the students was an ASL interpreter. She commented on how Russian aspect reminded her of ASL verbs. This was so intriguing that I started learning ASL, and then went on to (try to do) research on Russian Sign Language. I spent 6 months in Moscow working on RSL and learned, among other things, that I am aural, not visual, and that this was probably not the best language for me to work on. Not to mention the fact that it was extremely challenging to do fieldwork on this language in the 1980's. Gaining access to the deaf community was challenging, as deafness was highly stigmatized and the official, Soviet attitude was that the deaf communicated by lip-reading, not signing.

But studying RSL was a sidetrip after I wrote a dissertation on Polish and Russian and landed a job at Dartmouth in the Russian department: there was no linguistics there then. This was in the days before the LINGUIST list, and I felt completely isolated. As I look back on it, for an untenured faculty member I was remarkably vocal about my unhappiness with the situation! But supportive senior colleagues who worked with me to build a vibrant program in Linguistics and Cognitive Science with a linguistics profile that is notable in that all of the faculty are doing empirically-based research on lesser-studied and endangered languages. That has felt like a major accomplishment.

At any rate, despite my perhaps politically unwise complaints about the non-existence of linguistics, I did get tenure. And with tenure behind me, I felt it was time to bring my research in line with my politics, as it were, and work in communities where I thought my research might have some positive impact. But where to start? I had logged a lot of time in Russia, and so it made good sense to use my knowledge of Russian and Russia. I had the good fortune to be working closely with Lindsay Whaley at Dartmouth and we brainstormed. First, we decided to host a conference on endangered languages. Second, he was embarking on a project to study Oroqen, a Tungusic language spoken in China, and it seemed only natural to start working on Evenki, a closely related variety spoken in Siberia. We have been working together ever since. Although we originally hoped to look at contact-induced change and the impact of Mandarin on Oroqen on the one hand, and Russian on Evenki on the other, the whole enterprise turned out to be considerably more complicated, and is all further complicated by ongoing language shift in both languages. My interest in Siberia has more recently turned my attention to the languages of the North, areally, typologically and genetically. I am primarily interested in the languages as linguistic systems and the linguistic ramifications of contact-induced change. But beyond that, I have been looking at the nexus of language, culture and the relationship to the land which are key parts of a Northern indigenous identity, and are threatened by global warming.

Since I myself began teaching, I discovered that my own problems in introductory linguistics are not uncommon. I always tell my students to memorize phonetics terminology and always devote some classes to the bigger picture of mysteries and wonders in languages. And I try hard to inspire students to study linguistics to understand them.