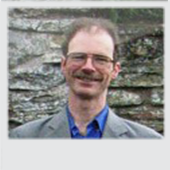 My earliest memory of being fascinated by language is from my first class of Latin, in the first year of the gymnasium in the Netherlands. The teacher wrote the present indicative paradigms of essere and laudare on the blackboard and I wanted to know everything about this language. My father, who had learned Latin and Greek at a Catholic seminary (which he did not complete) dug up his old school books and I spent hours looking through them. I was interested both in the linguistic system and in the history of the texts. In fact, I did not stop at the Latin system, but also invented phonological and morphological systems for a range of imaginary languages during my school days. I also tried to learn Polish with a Teach Yourself book, but I gave up because my English was not yet good enough to read the coursebook. Throughout my school days at the gymnasium, I very much enjoyed Latin and Greek. I had a passion for learning the irregular verb forms in Greek and enjoyed analysing them in Homer. Obviously I went on to study classical languages at university. Unfortunately, after starting my studies at what is now called Utrecht University, I soon found that analysing Homer's verb forms can become a terrible chore if you are required to read his complete works to prepare for an exam. I gave up studying in frustration after a few months, but not before I had discovered the Introduction to General Linguistics, a compulsory course that most of the other students (and the teachers) in classics found quite superfluous.

In the following year I started again, this time with French. I thought a modern language might be better. I soon found out that I did not really enjoy the literary part, but this was compensated for by the discovery of generative syntax. At the time, the system of study in the Netherlands allowed students to switch to a different specialization after a three-year kandidaats. Various types of linguistics were only offered at this specialization level. As I wanted to get away from literature and I enjoyed the formal system of language, I thought computational linguistics would be a good idea. I had carefully planned a pathway through the various courses in General Linguistics, Philosophy, and Computer Science, but as in earlier cases, reality proved different. This time, however, rather than being disappointed with courses I had selected, I found more of what I was looking for than I had expected.

I started with a year of compulsory introductions in General Linguistics. This included some computational and sociolinguistics, but also morphology and syntax. We did not use textbooks for the latter two, but worked through Selkirk's The Syntax of Words and Chomsky's Lectures on Government and Binding in class. One semester of studying like this persuaded me to study everything in generative and computational linguistics that I could do within General Linguistics. I particularly enjoyed Henk Schultink's morphology seminar on verbal compounds and the syntax classes taught by Riny Huybregts. On graduating, I did not have any clear plans for a PhD, but I applied for a job in the Eurotra Machine Translation project of the (then) European Community. This work involved much less computational linguistics than one would expect, and even less generative linguistics. The atmosphere was rather down to earth, solving the practical problem of getting an analysis for a sentence out of a computer without it crashing at the next sentence. In this context, Chomsky's elaborate theoretical system seemed entirely useless and I got interested in questions such as how to recognize whether something is a compound or not. I also got interested in the problem of the lexical bottleneck, how to efficiently get large dictionaries into your system so that they you can do more with it than prove that the rules can work in principle.

At the end of my Eurotra contract, I applied for mostly administrative positions in a variety of companies and was turned down everywhere. I was lucky, however, to meet at a Coling conference a young Swiss professor of Computer Science who was looking for a linguist to join his project team. As an assistant of Marc Domenig's, I moved to Basel (Switzerland) and contributed to Word Manager, a morphologically-based system for reusable computer lexicons. In Basel I had a wonderful time working on my PhD. I had little interference with my PhD work, so that I could very much decide myself on the course of development of my thoughts. And I chose morphology as my topic, starting with the question of how to define compounding. Eventually, my work was accepted by David Allerton as a PhD in English Linguistics. I guess at this point I already was a linguist. Still, there were many loose ends. In Basel, as in many parts of Europe, the next step after the PhD is the Habilitation. The offer to continue as an Oberassistent writing a Habilitation gave me the opportunity to connect many of the loose ends. In my Habilitation I tried to connect the philosophy of science, the various strands of generative linguistics, and the work in machine translation and reusable lexicons. Although the resulting manuscript was never published, it made me feel more complete as a linguist.

Life is full of surprises. I did not expect to find a job in French at Swansea University with a background in the Netherlands and German-speaking Switzerland and a PhD in English linguistics. But wherever you end up, life as an academic can be very enjoyable if you have the opportunity to discover new things and pass on some of the fascination and enthusiasm for language to students. I even started learning Polish again last year ...