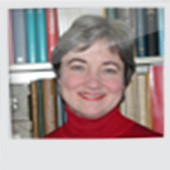 When I was in college, I was certain that the only interesting things in the world were literature and art, and I did not want to study anything else. I was, however, interested in literature in a variety of languages and had studied Latin, French, and German. During my junior year, I studied at the University of Glasgow, where courses were organized differently. In my English course, one lecture a week was given on the history of English; and in my German course, one lecture a week was devoted to the history of that language. At first I attended these lectures reluctantly, but M.L. Samuels made the history of English come to life. However, when I returned to my small college in Virginia, no course was available on linguistics, or even on the history of English.

After college I landed, by accident, in a job teaching literacy skills to adolescents who had failed repeatedly, mostly because of dyslexia or related problems. Not being trained for work of this kind, I tried to read more about what I was doing; but I ended up reading about linguistics, or at least about language. Because I was in Cambridge, Mass., I was able to take a course at the Harvard Extension, which is inexpensive and wonderful. I took a night course on the history of the Romance languages from Dwight Bolinger, though I did not at that time appreciate who he was. What fascinated me was the systematic, almost mathematical aspects of languages. At the end of that year I had decided that I wanted to go to graduate school in linguistics. But I had no one to advise me (it never occurred to me to speak to Professor Bolinger), and I thought that in the U.S. one could not attend graduate school in a field in which one did not have a B.A. So I went to the University of Essex in England and completed an M.A. there; but when it came time to think about pursuing a Ph.D., I decided to return to the U.S. I chose Harvard because I wanted to combine syntax with historical linguistics; when I arrived there, I was told that I would have to choose one or the other.

During my first year in graduate school, two of my teachers were interested in ergativity — Steve Anderson and Bob Underhill — and I became interested in this topic too. Before long I learned that a friend, who worked at MIT Press, had grown up in Illinois speaking Georgian at home, and Georgian was said at that time to have ergative characteristics. In those days there were very few Georgians in the U.S., and this seemed to be such a wonderful coincidence that I spent a summer teaching myself the basics of Georgian grammar, and during the following year I read a little linguistics with the frequent help of a dictionary. By the time I asked my friend to be my informant, I had too much invested to give up when she replied that she didn't know the language well enough. I took Russian classes, and through a fellowship, I was able to work with a professor who had once taught Georgian at Columbia. All he had me do that summer was memorize Georgian poems, but I suppose it must have improved my pronunciation. Even when I set out to spend thirteen months in Georgia doing the fieldwork for my dissertation, I never intended to spend my career working on languages of the Caucasus. But I found that knowing Georgian opened for me a goldmine of books and articles on the grammars of the languages of that region, and those have provided the starting points for all my later work.