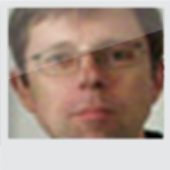 I find biographies of people, and especially of linguists, a fascinating subject, and I think it's a wonderful idea to ask linguists how they got into the field. But my own story does not really contain any surprising elements, at least at the beginning: I got fascinated by languages early on, beginning with a Spanish course on the West German radio ("Vamos a España," a very easy course in 20 lessons of 15 minutes each, geared to tourists) that I listened to when I was 14 years old. I went to a traditional high school that emphasized Latin and Ancient Greek, and where I could even take some Biblical Hebrew. My father was a Lutheran minister and had studied these languages, so there were books on and in these languages in our home. My mother was born and raised in Lódz, Poland, which until 1918 was home to four important languages, Polish, Yiddish, German and Russian. This got me interested in Polish and Russian --my grandmother taught me how to pronounce Russian, though she had some difficulties with the post-1917 spelling, because all of her exposure to Russian dated to the time when Lódz was part of the Russian Empire. As if that were not enough, my hometown Hildesheim happened to have a notable Egyptian museum, and I was fascinated by the hieroglyphs, but after studying Ancient Egyptian by myself for two years, I realized that I was more interested in the language than in the strange culture (and the vowels were sorely missing in hieroglyphic writing), so I switched to Coptic (with its familiar Christian culture and the nice Greek vowel letters). So I had plenty of exposure to other languages before graduating from high school.

At university, my first plan was to study historical-comparative linguistics of Indo-European and/or Afro-Asiatic languages, but I discovered that general linguistics was a much more vibrant field. In my very first semester at the University of Vienna, I learned about Greenbergian typology from Edith Moravcsik (of the University of Wisconsin), who was a visiting professor during that semester. Ever since, I have not lost interest in typology. In my second semester, Igor' A. Mel'cuk (of the Univesity of Montreal) was visiting professor in Vienna, and he provided another important influence: I became fascinated by his Meaning-Text Model, which seemed much more reasonable to me than generative grammar with all its unmotivated abstractions and its English bias. Mel'cuk mostly worked on Russian and French and on general theoretical questions, but he had also written one paper on a Caucasian language of the Soviet Union, Lezgian, which he claimed had an unusual system of apparent ergativity: In Lezgian, all clauses were intransitive, and in sentences rendering English transitive clauses, there was simply an oblique agent adverbial phrase, which was not a real argument. I was intrigued by this and tried to learn more about Lezgian and other Caucasian languages. In Vienna, Professor Dressler was doing great work on phonology and morphology, but my interest was by now in syntactic typology, so I moved to the University of Cologne after two years, where Hansjakob Seiler had introduced (syntactic) typology to West Germany (he had worked with Mary Haas in California in the 1950s and was long the only German linguist with a serious interest in North American languages). But Seiler was close to retirement, so I mostly continued to teach myself.

The next big event was a two-week summer school in the Mediterranean jewel of Dubrovnik, Yugoslavia (now Croatia), where I met some of the well-known linguists whose work I admired for the first time: Joan Bybee, Edward Keenan, Östen Dahl, Alan Timberlake, and Ekkehard König. Those were two of the most wonderful weeks of my life: In the morning we would meet for two hours of lectures and discussion, then we would have lunch in the beautiful old town of Dubrovnik, then we would all head for the beach, and between five and seven in the afternoon we would have another two hours of lectures. There were very few students, because there was no internet at the time and very little communication between Western and Eastern Europe. So I got to know all these linguists quite well during this short summer school.

I had some funding to spend a year abroad during my studies, and following Joan Bybee's invitation, I decided to go to Buffalo. This was a very interesting time -- for the first time, I actually learned something in the courses that I attended, because they were much more demanding than the courses in Vienna and Cologne. After returning to Cologne and finishing my M.A. work, I got a graduate fellowship to spend six months in the Soviet Union to study Caucasian languages. I did not have a role model for real fieldwork the way it is done nowadays, and no funding for equipment anyway, so I decided to go to Moscow and try to find speakers of Caucasian languages, ideally Lezgian, there. I was immediately made to feel at home by the Moscow linguistics community -- there were lots of talks and other events, sometimes even informal "kitchen seminars," where up to 15 people would crowd into a small kitchen and discuss the relationship between linguistics and mathematics or other topics with deep significance. On the second day of my stay in Moscow, where I lived in the building of Moscow State University on the Sparrow Hills, I put a notice on the notice board: "Doctoral student from West Germany is looking for a speaker of Lezgian to study the language." I had no idea whether this would work, but two hours later a young Lezgian student from Azerbaijan knocked on my door. We were both amazed -- I was the first Westerner that he had seen, and he was the first speaker of a Daghestanian language that I had seen. This nice young man opened the door for me to many other Lezgian speakers (it turned out there were many thousands of them in Moscow), and thus I was able to realize my dream of working quite seriously on the language for six months. Towards the end of my stay in Moscow, I got the chance to visit Daghestan for a week, and in the following year, I even managed to get to a Lezgian-speaking village, though that was still difficult in 1990. So my first book was a grammar of Lezgian, and it was only after that that I began working on my dissertation, which was to deal with a typological topic (indefinite pronouns). Writing the Lezgian grammar on the side was not that difficult, because Lezgian was actually a well-described language when I started studying it: Linguistics was always thriving in the Soviet Union, and both Russian linguists and later native-speaker linguists had done a lot of very valuable work, especially on the bigger languages like Lezgian.

After returning from Moscow, I was extremely lucky to get the best possible job for a young typologist, working with Ekkehard König (who I had met a few years earlier in Dubrovnik) in the coordination of a European typology project, in Berlin (recently liberated of its Wall) of all places. This allowed me to travel to many meetings and get to know all the important European typologists (plus quite a few American visitors such as Bernard Comrie, Matthew Dryer, Bill Croft and John Hawkins). I was simply very lucky, and sadly, I also profited from other people's bad luck: After East Germany (GDR) joined the Federal Republic, the GDR Academy of Sciences was dissolved, and many dozens of linguists lost their jobs. Instead, some new research institutes were founded, among them a new Max Planck Institute for Evolutionary Anthropology in Leipzig (in the former GDR), with a linguistics department that started in 1998. Its director Bernard Comrie invited me to work with him on world-wide comparative and descriptive linguistics, together with a very international team of colleagues, and with very few teaching and administrative duties. In retrospect, what is perhaps surprising is how lucky I was at various stages in my career. But I think I would have stayed in the field even if the conditions had been less ideal, because I have always found the study of languages fascinating and rewarding, and there seems to be no better working environment than an academic institution.