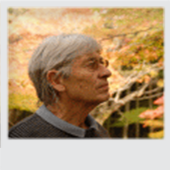 Linguistics was never something I really felt attached to when I was young. Latin declensions and conjugations belong to the most boring experiences of my school time, and the secondary school English classes in my home town Leverkusen, West Germany, were such that I did not aspire to learn this language beyond what my teachers expected from me.

What shaped my life most was the movie "King Solomon's Mines" that I was able to watch in 1953, at the tender age of 13. I was so thrilled by the mysterious world of Africa, as it was portrayed in the movie, that I decided to devote the rest of my life to this continent. And to some extent I did. Upon joining the University of Cologne in 1959, I enrolled in African Studies (/Afrikanistik/) as my major. But then I was told by my professor that in order to understand what is going on in Africa I needed to acquire some essentials of linguistics -- considering that the best access to the continent was via the study of the 2000-plus languages spoken there. Remembering my earlier experience of linguistics in school, I was on the verge of giving up all my dreams. But my dreams were stronger: I did everything that was required in order to get to Africa, and in the following decades I undertook roughly 25 field research trips to Africa, and spent six wonderful years as a visiting professor at the University of Nairobi in Kenya.

The kind of Africa that I learned to love was no longer the world of Deborah Kerr and Stewart Granger, but it was even more fascinating than that world. I feel now more at home when traveling in West or East Africa than when traveling in Japan, the USA, or my home country Germany. But there was a second turn in my life. In 1975, at Ohio State University, I presented all the fascinating findings I had made on the typology of African languages, only to be told by one colleague in the audience that what I had presented had little in common with genuine scholarship. Not enough, that colleague, Tom Givón, wrote what I thought was a devastating review of a book on African language typology that I published in 1976. When trying to respond to that review I became aware that Tom was absolutely right, and my academic perspective changed dramatically: Rather than continuing to work on linguistic taxonomy I became interested in finding out why languages are structured the way they are, that is, in explanation. And Tom and I became friends. This new orientation entailed that I extended my work from African languages to other languages, and I became genuinely interested in linguistics and everything that goes with it -- even if my heart is still in Africa.