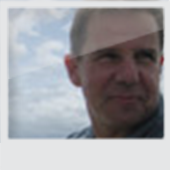 Before getting to university, I had never heard of linguistics as an academic discipline and only found out about it during my first term, when I was studying English and law. As part of the English program, I had to take an introduction to (English) linguistics and another class on the linguistic analysis of texts (nowadays widely generally known as discourse analysis). And I was immediately hooked. Here there was a way of looking at language and grammar very different from how things were done at high school where most language teaching focused on learning vocabulary.

Two things stood out and have continued to fascinate me to this day. One thing was the idea that there are ways to discover and test for grammatical structures rather than viewing grammatical rules as crutches for proper speaking the way it is often done in language teaching. What was more, the same techniques and concepts could be applied to any natural language and revealed amazing differences and similarities. The other thing was the discovery that investigating linguistic categories such as tense or case in their actual uses in context revealed fascinating features of both the categories themselves as well as discourse structure. A very influential book at the time, at least in continental Europe, was a book called Tempus by Harald Weinrich, which contains a superb illustration of this point.

Upon learning of the existence of the field of linguistics, I immediately quit studying law and tried to find out how best to go about learning more about this intriguing topic. Linguistics was, and still is, an institutionally highly fragmented discipline in Germany in that most linguists actually work in departments concerned with European national languages. But a major part of my fascination with the topic was its universalist outlook, taking all natural languages into view, and its promise of having something to contribute to the big picture questions regarding the human mind and human sociality. This approach to the subject usually comes under the heading of General Linguistics in Germany, and it is offered only at a few universities. Munich was one such place and, in addition, offered a broad range of linguistic classes in various other departments. So I went there and took up General Linguistics as a major, with English and Philosophy as minors.

Classes were small, often consisting of no more than 3-5 students, and great fun, with lively debates and a teaching style which allowed students to engage with current research issues almost from day one (as a beginner, you were expected to read up on the basics for yourself). The list of required courses was minimal (I don't remember the exact number, but certainly not much more than 5) as was the range of classes on offer each term in the General Linguistics program, for which there was a single full time teaching position. But then there were many linguistics(-related) classes in other departments and I tried to attend as many of them as possible. Thus, I was exposed to a fairly wild mix of topics and approaches, ranging from Montague Grammar and linguistic thought in Renaissance Italy to psycholinguistic experimentation and speech synthesis, and including quite a few introductory language courses on ancient languages such as Sanskrit, Classical Chinese, Old and Medieval English (it was more difficult to get into modern language courses as they had fairly strict limits on the number of participants).

Field work and field methods did not have a place in the linguistics curriculum at the time, but I was lucky enough to have two teachers, Ulrike Mosel and Hans Jürgen Sasse, who had done field work in various regions (Eastern Europe, Turkey, Kenia and Papua New Guinea) and spiced their teaching with examples from little known languages they had first-hand knowledge of. From their example, but also from reading the classic works by Boas, Sapir, Bloomfield and grammars of 'exotic' languages, it became clear to me very soon that one thing I wanted to do --apart from finding the definitive solutions to all the major puzzles of linguistic theory-- was to make my own discoveries of linguistic structures by investigating languages not yet analyzed in sufficient detail.

That turned out to be quite hard as there was no funding for doing field work at the pre-doctoral level at the time (actually, postdoctoral field work was not really on the agenda of the funding agencies and the discipline either). So I had to take a detour and sneak into a program supporting the acquisition of an Asian language by students not majoring in Asian languages and got a scholarship to learn Tagalog in Manila (the prime targets of the program were engineers willing to learn Chinese or Japanese). I actually achieved some level of fluency in Tagalog and spent much of the time of the scholarship in Tagalog villages, collecting stories and pestering my hosts and their neighbors with what for them must have been abstruse questions on Tagalog verbs. That was great fun and very rewarding in many ways, so it shouldn't come as big surprise that work on language documentation and description has continued to be a major component in my academic career. As has the interest in discourse structure and its interrelationships with grammatical structure. Here I have been moving away over time from the preconceptions of written texts to taking spoken language seriously on its own terms. Which has meant getting involved with the intricacies of prosodic structure, the topic I am currently struggling with (in a highly enjoyable way that is!).