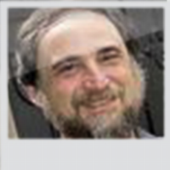 My path to being a linguist began, as is the case with many colleagues in this field, with an interest in language, and in my case, with one language in particular: Latin. I started studying Latin in my junior year in high school (fall of 1967), taking it at the recommendation of my uncle, Morton Bloomfield, who was himself a linguist -- a medievalist and specialist in the history of English (he taught at Harvard and was no relation to Leonard Bloomfield, as best anyone could tell). I loved Latin immediately and soaked it up, reveling in the declensional and conjugational regularities, admiring the structure, and thoroughly enjoying the whole experience (in contrast to many of my classmates, for whom high school Latin was torture!).

When I entered college (Yale, fall of 1969), my sister (who had also enjoyed Latin in high school and went on to study some Greek at NYU when she went to college) suggested that if I liked Latin I would love Greek. So I enrolled in beginning Ancient Greek, and had as my instructor Adam Parry, whose father Milman Parry was famous for his interpretation (then revolutionary but now taken as the received wisdom) of the Homeric poems as oral epic.

We learned Greek "inductively", starting with a text and analyzing each word. The first Greek word I learned was "o:", an interjection used at the beginning of a speech with a vocative (like English "O"), since we were reading a speech by the orator Lysias. I don't know if this inductive method led to my thinking like a linguist, but it was an interesting way to learn a language. I continued with more Greek that year, and took more Latin too, and thought I was going to be a Classics major. Somewhere along the way that freshman year, however, I realized that as a Classics major a primary focus would be literature, but what really intrigued me about Greek and Latin was not the great works of literature written in them, but the medium of expression, the languages themselves. I began to think that I should study linguistics, even though I had only the vaguest idea of what it was (it had something to do with studying language, I reasoned!).

So in the fall of my sophomore year, in 1970, I took Linguistics 20a, taught by Sydney Lamb; our textbook was Dwight Bolinger's Aspects of Language, and my TAs for the class were William Christie and Jorge Hankamer, both of whom were Ph.D. candidates at Yale who went on to make contributions to our field (considerable ones in Jorge's case). I loved the class, even though I didn't understand everything, and some moments from that fall (such as Sydney Lamb demonstrating the difference between aspirated and unaspirated /p/ by holding a lighted match to his mouth and saying /spin/ and /pin/ and blowing out the match with /pin/ but not /spin/ -- a linguistics "parlor trick" I wowed my friends with that year and have used in class myself) have stuck with me for all these years since. Anyway, by the end of the year (with a further class on phonetics and phonology from Hugh Stimson, a Sinologically oriented linguist), I was hooked.

During that sophomore year also, I made plans to spend my junior year abroad somewhere, as I wanted a break from New Haven but did not want to suspend my studies for a year (and further, the draft and the Vietnam war made that a tricky option anyway). For various reasons, I hit upon going to Greece to a junior year abroad program (College Year in Athens), and that year changed the course of my life, especially with regard to my studies.

While in Greece that year, I continued my study of Ancient Greek, including a class on Mycenaean Greek, but also began to study Modern Greek. Seeing the roughly 3500-year history of the language unfold before me and getting a sense of Greek as a living language fueled my excitement for historical linguistics and solidified my interest in Greek. Thus when I returned to the US for my senior year, I was certain that I wanted not only to complete my major in linguistics but also to go to graduate school to get a Ph.D. in linguistics with a concentration in historical linguistics and especially Indo-European linguistics.

That desire led me to Harvard for graduate work, and I continued to work on Greek, focusing especially on the latter stages of the language, while at the same time expanding my coverage of core areas of linguistics (especially syntax -- I have always thought that to be a good historical linguist one has to be a good linguist) and doing Indo-European linguistics more seriously (studying Sanskrit, Avestan, Old Irish, Hittite, Old Church Slavonic, etc.). My dissertation was on syntactic change between Medieval and Modern Greek that was triggered by the replacement of the infinitive by finite complementation. I was extremely fortunate to study under thoroughly inspiring professors in historical linguistics, Indo-European, and syntactic theory, true leaders in their respective fields, including Calvert Watkins, the late Jochem Schindler, Jay Jasanoff, Susumu Kuno, Judith Aissen, and Jorge Hankamer (whose path I crossed once again and who also served as my mentor in my first teaching assignments), and from MIT, David Perlmutter and Haj Ross.

My dissertation topic led me in my post-Ph.D. days (first as a post-doctoral fellow at the University of Alberta for a year and then as a beginning assistant professor at Ohio State University, where I have been ever since) to look to the Greek's linguistic neighbors in the Balkans. The reason for this is that the loss of the infinitive is one of the characteristics that these languages (most notably Greek, Albanian, Bulgarian, Macedonian, and Romanian) have come to share through intense contact in the medieval period and on into the early modern era. For me, this has been yet another dimension of an interest in historical linguistics, since language contact is one of the factors (though not the only one) that leads to language change, and the Balkan Sprachbund (convergence area) represents a fascinating case-study.

In recent years, I have developed a particularly keen interest in, from amongst the Balkan languages, Albanian, complementing my continuing passion for in Greek. For me, Greek in all its facets -- as an Indo-European language, as a language with a 3500-year documented history, as a donor and recipient in the intense language contact in the Balkans, and as a typologically interesting language in terms of its structure and its social setting -- has been a laboratory for the study of language change, both internally and externally induced change (including the interaction of the forces of language change with a powerful culturally determined language ideology). It is no accident that the vast majority of my published research over the years has dealt in some way or another with Greek or the Balkans, and even work of mine on general issues in historical linguistics has generally had some contribution from Greek either on its own or in relation to its genetic and geographic relatives.