University of California at San Diego 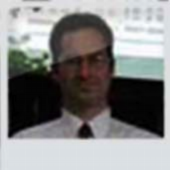 Although it's been obvious to those around me that I've always been a linguist at heart, it took me 15 years to really figure it out for myself. My involvement with linguistics started in 1985, as an undergraduate at the University of Pennsylvania. While a sophomore in Computer Science and Engineering, a friend of mine suggested that I join him in taking Linguistics 101, taught by Ellen Prince. I don't think I even knew what linguistics was, so he explained to me that it had to do with language, and was one of the things that "Artificial Intelligence (AI) people do". That sounded more interesting that anything else I was doing. In addition, CSE majors at Penn had an option that wasn't available to the other engineering majors: They could replace a certain number of math, science, and engineering electives with cognitive science courses from an approved list, which included Linguistics 101. That was all the encouragement I needed. So I thank whoever it was on the Penn CSE faculty who wrote that exception into their curriculum, since it had a profound effect on everything that has happened in my career since.

Linguistics 101 had me hooked, and started a passion for the language side of AI. Although I took only one more linguistics course at Penn, the CSE department was rich in offerings in computational linguistics and AI, and that was to be my focus for the rest of my undergraduate days, in hopes that I could land a job in the field. That hope was realized when I had the good fortune of being hired at Systems Research and Applications (aka SRA Corporation; now SRA International) in 1988 as a member of their natural language processing group. An industry position like this might seem to be an unlikely place for a computer scientist's interests in linguistics to explode, but under the mentorship of Hatte Blejer, manager of our group and a historical linguist by training, that's exactly what happened.

I went back to graduate school after 3 years at SRA, to pursue a PhD in Computer Science at Harvard. Hungry to get involved in research right away, I asked my advisor, Stuart Shieber, to help me find a one-semester-long independent study project to pursue, just so that my first year wouldn't be all coursework. We decided on a project in which I'd work out the details of a deductive inference system to resolve VP ellipsis. The plan seemed straightforward: (i) figure out how VP-ellipsis works, (ii) develop the deductive inference system, and then (iii) move on. Well, that was 1991, and 15 years later I still haven't gotten past step (i). Never did I think that I would write a CS thesis on VP-ellipsis, discourse coherence, and related matters, but that's what I did.

In 1995 I graduated and took a position in the natural language processing group at SRI International. It was a wonderful experience with an equally wonderful group of people, but as time went on, computational linguistics as a field -- and particularly the kind of work we could get funding for -- became more and more applied, and less and less appealing to someone driven by the desire to study language as a human object. Then in 2000 I got my big break when I was offered a position in the linguistics department at UCSD. Still not having figured out that I was a linguist at heart (I can be pretty thick at times), and having received a well-paying industry offer at the same time, I was struggling to decide what to do. So I called Doug McKee, computer scientist extraordinaire and pal from my SRA days (now an economics postdoc at Penn), to ask what he thought. He replied with a certain amount of audible frustration: "Dude, every time you're really excited about something, it's always some linguistics thing". I had to confess that he was right, and I took the UCSD offer. So it took 15 years, but I am now happy to carry the title 'linguist'!