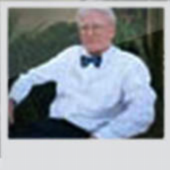 When I entered the Massachusetts Institute of Technology as a freshman in 1957, I wanted to major in meteorology (the science of weather), but learned from my freshman advisor (a professor of naval architecture) that it wasn't available to undergraduates. (I hadn't read the catalog carefully enough when I was in high school.) He suggested I major in geology. I was horrified at the idea, and in the fall semester of my junior year I was still trying to choose between physics and mathematics when I learned of a special degree program combining humanities and science. After I consulted with the director of that program, the program secretary pulled me aside and told me that there was this fantastic professor I simply had to take a course from. She told me he was on leave, but would be back in the spring teaching a course on logic. His name was Noam Chomsky.

I registered for Chomsky's course and also for the course in quantum mechanics required of physics majors, which happened to meet at the same time. I began the semester going to each course on alternate days, but quickly figured out that this wasn't going to work. I dropped the physics course, and became a humanities and science major, combining philosophy and mathematics. At the end of the semester I went up to Chomsky and said, "Professor Chomsky, I understand that you're a linguist. Can you tell me what that is?" He replied, "Do you have time this summer to read a couple of books?" When I told him I did, he lent me copies of Syntactic Structures and Sapir's Language, and told me to come back in the fall and tell him what I thought.

As soon as I got back to Cambridge that fall to start my senior year, I told Chomsky how much I enjoyed both books, and that I wanted to learn more. He agreed to direct an independent study and serve as my major advisor. I was hooked. I took several additional linguistics courses as an undergraduate, wrote a bachelor's thesis under Chomsky's direction on finite-state processing of context-free languages, and applied and was admitted to MIT's brand new graduate program in linguistics. The rest, as they say, is history.