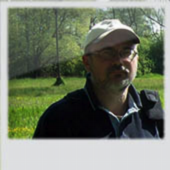 Into the linguistic career I have been partly prompted by my parents, who are philologists but not linguists. At home we had a good library so I started getting interested in humanities and was fortunate to read many great writers and philosophers while still studying at primary school. As far as I recall, Icelandic sagas, Plato, Bernard Shaw, and Evelyn Waugh were my favorites at different times. (Reading Plato's dialogues impressed me to the extent that I tried out this type of discourse on my parents, which should be pretty irritating I guess). At the Leningrad/St. Petersburg University I majored in Germanic (Scandinavian) languages, but the education in 1980s was broadly philologically oriented, with a focus on learning languages and literature rather than linguistics.

I started taking more special interest in linguistics when after graduation I joined Institute of Linguistics (currently, Institute for Linguistic Studies, Russian Academy of Sciences; St. Petersburg). Originally the idea was that I would study Ket (a Paleosiberian language, which Ed Vajda genealogically relates to Na-Dene languages) with E.A. Krejnovich, an outstanding scholar of Siberian languages. E.A. Krejnovich gave me some lessons of Ket, which was enough to get interested in this (very complex) language, but of course not enough to grasp its structure let alone learn it. After a few lessons however it turned out that there was an administrative problem: there was no PhD opening at Paleosiberian department that year, but there was one at the Altaic department, a "sister" department also dealing also with Siberian languages (Turkic, Mongolic and Tungusic). In this way I started to study Even, a North-Tungusic language, and have been working on this language since then at the Altaic department. (Recently, incidentally, both departments were reunited into the Siberian department). My both dissertations are dealing with grammar (morphosyntax) of Even. Even is not as complex morphologically as Ket (in many respects it is a typical "Altaic" language), but, as my colleagues can confirm, there are no "uninteresting" languages; it can just take longer to get to more interesting and novel facts. I did extensive fieldwork in (late) 1980s and 1990s on Even, spoken by formerly nomadic (reindeer breeding) people in Eastern Siberia. Like my other fellow field linguists I did recording of folklore (I still have a bad feeling because I haven't come to publishing these very interesting texts), but also did extensive elicitation. Some of my informants got eventually used to elicitation work, but I still often got exchanges of the type: "Didn't you ask me this before, last year when we met?" I answered: "Yes, indeed, I asked this before..." (pausing to figure out how to explain that it wasn't exactly the same question --elicitation, of course, usually involves changing the structure/context a bit), but before I was able to finish, my Even friends responded, showing understanding: "I see, you did ask, but then you forgot (the answer))". In spite of its well-known pitfalls, I still appreciate elicitation a lot, as it teaches one to formulate a hypothesis and test it in a rigorous way (clearly the current --in itself laudable-- trend to record more naturalistic data should not happen at the cost of abandoning elicitation, rather elicitation techniques need proper training). For me elicitation remains a crucial method of linguistics as an experimental science [1]. On a more general note, doing fieldwork in Siberia gave me an opportunity to meet many interesting personalities and unusual characters of a kind one rarely meets in our somewhat closed academic world. So it was psychologically quite a refreshing experience (especially during my first field trip, which I embarked on not totally prepared as a field linguist, and consequently had more time for leisure activities).

Working on Tungusic, and developing field work questionnaires, I got involved in the work of St. Petersburg Typology group, where I met my mentors in linguistics, Viktor Samuilovich Khrakovskij and the late Vladimir Petrovich Nedjalkov [2], the leading figures of the Leningrad/St. Petersburg Typology School. St. Petersburg Typological tradition (initiated by A.A. Xolodovich), unlike the American tradition pioneered by Joseph Greenberg, can be called descriptive-typological in that it sets as its goal to collect (on the basis of questionnaires) primary data for less studied languages. In this sense there was no major divide between field work and typological work, as the latter also relied on the primary rather than secondary data. In this way my interests gradually shifted to typology proper, although it was only when I got involved in European-based projects and I got access to better stocked libraries that I could start working on something like a language sample. In recent years I was fortunate to work with many leading typologists (like Bernard Comrie, Martin Haspelmath, Lars Johanson, Tasaku Tsunoda, Johan van der Auwera, to name a few), as well as with typologically-minded general linguists (while working in the Netherlands with Helen de Hoop). I believe that it will do good for our field if linguists would concentrate more on "first-order generalizations" (empirically established dependencies between parts of the grammatical subsystems) rather than focus on the functionalist/formalist divide (such controversies arise at a later stage of interpreting the former generalizations and may not be resolved soon). Although I may be guilty of emphasizing similarities between different linguistic approaches and glossing over important differences, I still feel we are part of the same enterprise, and hope that I will see different trends converging on a single (evolutionary) model of language within my lifetime.