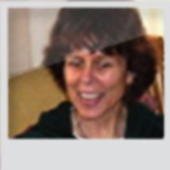 Probably two kinds of things have shaped me most as a linguist: the languages and their speakers who've crossed my path, most often by happy accident, and colleagues with ideas for intriguing new directions to think about.

But to start at the beginning, the chains of events that set me on a path toward linguistics were probably much like those of many of the rest of us. It was thrilling to me, as a young lycéenne in France, to muse about how different the world looked from the vantage points of different languages learned in separate contexts, even languages as similar as French and English. The fascination continued during my time as a student in Russia and Austria. But it wasn't until a chance encounter in my college library that I discovered there was an actual field of study dedicated to such preoccupations. Passing a shelf on my way out the door one night, I caught sight of a book, pulled it out, and couldn't put it down. Then I picked up the books on either side of the first, and the books next to those, devouring them in rapid succession. It was love at first sight, a high, an all-consuming passion that has continued unabated to the present. This field combined the exquisite patternings of mathematics and music with the color of human thought, culture, and interaction.

A few weeks later, to my surprise, I noticed some posters advertising graduate fellowships in linguistics. I couldn't believe that someone would pay you to think about this stuff. Since there was no linguistics major at that time where I was an undergraduate, I simply applied to schools I'd heard of, and, in the end, made my naïve choice more or less at random. How different it all was from the sophisticated choices made by our grad students today. But it proved to be a fortunate one for me, again one that would set me on an unexpected path. After my first year at Yale, learning about phonemes, morphemes, sentences, Grimm's Law, and a lot of Sanskrit, I attended a Linguistic Institute, one of the very best experiences I think a linguist of any age and stage can have. I loved it all: discovering new areas of linguistics, hearing enthusiastic people talk about their ideas, meeting friends I would have for the rest of my life. One was Carl Christian Olsen, a Greenlander working on his own language as a grad student at the University of Chicago. He was not the kind of person who would tell anyone else what to do. But over the summer, he talked about the power of getting to know a language in depth, to a point where you begin to see the interconnections among the working parts in finer and finer detail and notice things not yet the focus of a current theory. At that same Institute, I was taking a class on North American Indian languages taught by Mary Haas. And that was it. These languages took ideas about different patterns of thought to a whole new level.

In the fall, I raced back to Yale to declare that I wanted to work with an exotic language, perhaps something in North America. I was told calmly that for this, I would need to seek out Floyd Lounsbury in the anthropology department. I raced up Hillhouse Avenue to find him, and he told me quietly that he couldn't help me, unless by chance I wanted to work with an Iroquoian language. Sounded fine to me. In that case, he said, it should probably be Tuscarora, spoken not far from Niagara Falls, since he knew the least about it, and it was the most divergent of the group. And there began a wonderful adventure. Professor Lounsbury introduced me to someone who advised me to go see Chief Elton Greene, a wonderful man and eloquent speaker in his eighties. Shivering in fear, I knocked on his door, hardly knowing how I would explain myself. Chief Greene looked me up and down, handed me a chair, and suggested we go sit out in his strawberry patch to talk things over. His gentle spirit, unfailing patience, kindness, and everpresent twinkling sense of humor went a long way toward compensating for my inexperience as a linguist. When I think now about how much I didn't know! We worked together for many years, and he created a fine record of his language. It could never be enough, but it is powerful and irreplaceable. And of course it opened my eyes to how different a language can be, in ways I could never have imagined.

At Yale, I was following the 'theoretical linguistics' track. The work with Tuscarora was in some ways almost a sideline, a private pleasure. But it had consequences I could not have anticipated. My first job was at the State University of New York at Albany, in the heart of Iroquoia. I began working with other Iroquoian communities (Mohawk, Oneida, Onondaga, Cayuga, Seneca) who were mounting language programs, training Native teachers and curriculum designers in the structures of their languages, and assembling orthographies and lesson plans. What a luxury to collaborate with such gifted, enterprising speakers, just as eager as I was to discover what makes their languages tick and what makes them special. Many of those relationships continue to this day. At SUNY Albany, I was happily teaching a wide range of linguistics courses. As I continued to explore Iroquoian languages, the worlds often meshed well: the phonetics, phonology, morphology, language change, language and culture. But a yawning gulf began to open between the current syntactic models and the languages I was witnessing unfold before me. Trees and transformations could not begin to do justice to even the purely formal richness of these languages. We look for models that at least account for what we know, and lead us to interesting questions. And so the search continued. These languages have profoundly shaped my understanding of what language is and how it comes to be that way.

Sometime later, when I was teaching at Berkeley, a colleague reported that a woman from a small Central Pomo community in Northern California had approached a friend of his, looking for someone to document her language before it was too late. (This actually rarely happens in real life.) At the time, she knew of only two full speakers, herself and her mother-in-law. California languages had always seemed very different to me, even strange. (I had wondered at moments whether it was really the languages that were so different, or the linguists describing them.) The next day I was on the road to Hopland to meet Frances Jack, an intrepid dynamo of a woman and a sharp, articulate speaker. Over the next nine years we worked together to document her language. During that time a dozen speakers emerged, in three different communities, who collaborated to create a record of spontaneous speech. They would gather for day-long 'parties' (their term), sharing favorite dishes and recording conversation spiked with 60 years of history, gossip and reflection. Frances and I would then work feverishly over the following days transcribing and translating the recordings. This language is indeed completely different from any languages I had ever known: it has a completely different 'cut', different categories, structures, and patterns of use. (It was the languages, not the linguists after all.) Even the speakers viewed their language in a completely different way from the Iroquoians I knew. Central Pomo, too, continues to show me entirely new ways of looking at language. Since that time, other languages and speakers have come into my life, each providing exciting new ideas to chase and unexpected views of what language can be. I am grateful for each and every one.

The other major factor that has shaped me as a linguist, from grad school to the present, is good colleagues. Much of the work that has been the most interesting to me has come about because a colleague somewhere became interested in a topic and suggested a group of people look at it together, perhaps sharing ideas at a small conference. And I continue to be grateful to my Iroquoianist friends, who are always sparking new discoveries and who rejoice at even the smallest details.