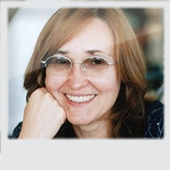 I was born in 1958 in Mountainous Shoriya, named so after the Turkic indigenous people – the Shors. I learned that fact in the Museum of Natural History of the Region when I was a school-girl. However, I had never suspected that the Shors had still survived in these mountains until I started to work as a University teacher at the Chair of Foreign Languages of the Novokuzneck State Pedagogical Institute, today it is the Kuzbass State Pedagogical Academy, Russia. At that time, the head of the Chair was Èlektron &##268;ispijakov, a Shor person himself. He organized a Circle of the Shor language for young University teachers of the Chair, graduates of the Faculty of Foreign Languages of this University. He taught us Turcology and the Shor language in 1980-1986. There were no Shor textbooks, no Shor dictionary at that time. He wrote textbook and taught us using the written lessons. I learnt that the Shors still spoke their language which had survived in spite of the absence of any official support and persecutions. I also learnt that the language had had a written form, but could not preserve it. At that time, it was neither written, nor taught at school. I studied the language and the people and went on field work among the Shors during my summer vacations – by train, by bus, by boat, on foot, or by a helicopter which was and still is the only way to get to some Shor villages. The more I learnt about the Shor language and the people, the more I wanted to help the people to preserve (or even to revive) their language. I also got interested in Turkic languages and in their language structure, different from that of the Indo-European languages I had been familiar with until that time.