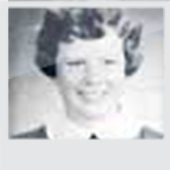 How did I get into linguistics? Through a mixture of lucky timing and of following my interests without any idea of where they would lead.

I grew up in suburbs of Baltimore, some white-collar, some blue-collar, and I hardly heard of foreign languages before Towson High School (where the photo above was my yearbook picture). My mother did have an old French primer for children, and I had learned ”Oú est ma chatte? Ma chatte aime beaucoup le lait“. (I see from Google that Alice (in Wonderland) must have learned French from the same book. See here and here; I can’t figure out what alphabet the latter site is in, but it has a picture of that very page of my mother’s French book.)

I started Latin in the 9th grade and liked it, and when I found out that we would visit Mexico at Christmastime in my 10th grade year to watch my brother play baseball for Mazatlán in the Mexican Pacífic league, I started studying Spanish on my own through the wonderful “Spanish through Pictures” paperback, and then got permission to take both Spanish I and Latin II instead of biology in 10th grade. And while I was taking Spanish II in 11th grade, my high school boyfriend’s mother taught us some French, and I somehow eavesdropped on French II in 12th grade. And I worked on the “German through Pictures” book, because our Girl Scout troop was going to Europe right after high school graduation in 1957. One weekend our Girl Scout troop hosted a busload of AFS exchange students, and my excitement at having some people I could try talking some languages with was quickly tempered by the realization that all the European kids could talk 4 or 5 languages fluently, when I had been so proud to be able to exchange greetings in 2 or 3. I became intensely jealous of Europeans, having so many languages in nearby countries, and deeply regretted living in monolingual America.

In senior year, my girlfriend Beth and I discovered that our history teacher knew some Russian, and we persuaded him to teach us a little bit after school. (Beth went on become a career CIA analyst of Russian economics.)

When I started Swarthmore, I was torn between majoring in math and majoring in Russian. I had always loved math too, and from my father I had gotten the feeling that math is serious and languages are for fun, like music. But nobody suggested I shouldn’t have fun, and I don’t recall any expected link between college and “career”. I started Russian at the beginning of my freshman year, and loved it, but I soon discovered that you couldn’t major in Russian grammar, and that all the language majors regarded grammar as something you had to do to get to the literature. I was scared of literature classes (I had no idea how to tell right answers from wrong ones.)

And I was still enjoying math, so I became a math major, and minored in Russian and Philosophy. In Honors, you were supposed to have a major and two related minors, and I didn't know if they would let me do those three unrelated subjects. The kind head of the Math Department, Mr. Brinkmann, said he thought it might be possible to invent a story that would connect them, because he’d heard of a new field called “mathematical linguistics” or “machine translation” (this was spring 1959), and since the philosophy seminars I wanted to do were logic and philosophy of science, well, computers use logic, and this being just a few years after Sputnik, Russian was a language for which machine translation would be in demand. So if I would write up my request including some such story, my program would probably be approved. And I did, and it was.

And then as so often happens, having never really heard of linguistics before (except for one neat guest lecture by Lila Gleitman on morphemes in Henry Gleitman’s Psych I class), I began to notice the word more frequently and to wonder about it.

Through various bits of serendipity, I found my way into a seminar on Structural Linguistics at Penn in the summer of 1960, between my junior and senior years of college, for people with a background in mathematics, philosophy, or psychology – just perfect. David Lewis, Gil Harman and I all had our first introduction to linguistics in that seminar. It was taught by Henry Hiz with guest lectures by Zellig Harris and Hans Herzberger, and Jerry Katz and Jerry Fodor, who had just completed their Ph.D.’s in Philosophy at Princeton, sat in the back and kibitzed. It was a no-prerequisite introduction to the foundations of Harris–style transformational grammar, and it was fun – I remember filling out lots of charts working out co–occurrence patterns of various sorts. And the people at Penn knew that MIT was about to start a graduate program in linguistics, led by someone named Chomsky who had been Harris’s student, and who was doing something similar to what we were learning about. So since it seemed indeed to be great fun for someone who liked math and languages, I applied to graduate school.

That fall, I went up to Cambridge to meet Chomsky and find out a little more about what it might be like there. And I remember with embarrassment my ignorant opening – I repeated what I had written to him, that I was majoring in mathematics but also interested in languages and that I understood there was a new field called mathematical linguistics or machine translation or something like that and that he did that and it sounded like something I would be interested in. And I remember how gently and patiently he replied. He explained that he was indeed interested in mathematical linguistics, and how he saw it as a branch of psychology. And he explained that machine translation was something different, and that he was somewhat skeptical about it, but there would be courses offered in it in their program, and I could study both and figure out which I was more interested in.

So I went to MIT, where I happily became a syntactician who happened to gravitate toward problems like quantifiers and negation, and where I was able to keep learning more math and logic and philosophy. I did have a course in machine translation from Victor Yngve, and I spent three happy summers as part of a team of graduate students working in Don Walker’s department at MITRE, and I’ve always thought that in some other life I would happily be a computational linguist. (Oh, and in the middle of graduate school, I suddenly realized that I wouldn’t be a 5th grade teacher, which had always been another dream in the back of my mind because I had really loved 5th grade and loved the way we were just beginning to think about things but unlike 6th graders didn’t yet think we knew everything.) After MIT I got a job at UCLA, where my old friend David Lewis introduced me to Richard Montague and I discovered that semantics could be serious too, and that formal semantics, which hadn’t existed until just then, was what I had unwittingly been preparing for – which is why I tell students that if you’re lucky it can sometimes work well to follow your nose and not try to plan too far ahead.