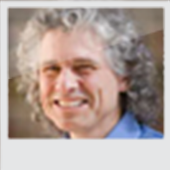 More than we like to admit, a person's life trajectory is determined by chance events, and my professional interest in language owes much to happenstance. I never decided to be a linguist (and technically, never became one). My degrees are in psychology, and have always worked in departments of psychology or cognitive science. But when I was a freshman I recognized that language is a key to understanding the human mind. As a student in the early 1970s, I read a profile of Chomsky in the New York Times Sunday Magazine, and was excited at how we used the study of language to revive deep and ancient questions about human nature. I studied at McGill, and language was a prominent part of the their undergraduate psychology curriculum, partly because bilingualism and language acquisition were so typical in Quebec at the time. So when I left for graduate studies at Harvard, I thought of language as an important topic in cognitive psychology, but just one of many important topics.

When I arrived at Harvard, I was dismayed to find that all of their cognitive psychologists had either left in a huff or been denied tenure. One of the few seminars available was a lively class on language acquisition by Jill de Villiers. At the same time, a course on reasoning by Reid Hastie introduced me to an obscure paper in automata theory by E. M. Gold which tried to formalize the problem of language induction. With nothing else to do I put the two topics together and wrote a course paper on mathematical and computational models of language acquisition and how they could bear on research on children's language; two years and many revisions later, it became my first major publication. During this time I interloped at MIT lectures and classes, including a circus by Chomsky and Jerry Fodor on mental representation, and another extravaganza by Joan Bresnan and Ronald Kaplan on their new theory of Lexical Functional Grammar.

In the meantime, Stephen Kosslyn arrived at Harvard, and I did my dissertation with him on three-dimensional mental imagery. I expected my interests in language to be no more than a sideline, even when I did a postdoc with Bresnan at MIT's Center for Cognitive Science. But Bresnan encouraged me to learn grammatical theory in a rigorous way, and gave me the language acquisition franchise in the LFG project. I wrote a chapter for her magnum opus which (to my surprise) outlined a theory of language acquisition. But the coin of the realm in experimental psychology was behavioral experiments, and I knew that I never get very far just proposing theories. I still considered myself an experimentalist in visual cognition, even when I got Jill de Villiers' job back at Harvard, which required me to teach three courses in language acquisition. Another invited chapter on language acquisition grew into my first book, which led to some experiments, which led to a number of papers and a second book. Despite myself, I was turning into a full-time psycholinguist.

For many years the world was telling me that I had more interesting things to say about language than about visual cognition. When one of my postdocs told me that he noticed my eyes lighting up whenever I lectured on language, I realized that I had not understood where my own interests lay, and at that point decided to abandon research on visual cognition. The slow realization that I was a linguist (or at least a psycholinguist) at heart has convinced me of something that I ought to have remembered from social psychology. We don't know ourselves directly, but develop theories of ourselves. And as with all theories, we sometimes stick to them long after the evidence tells us we're wrong.