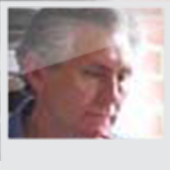 At the high school I attended in England (Eltham College, in south London) I faced a nasty choice at the age of 13: the way the timetable was set up, I could take Latin, but only by not doing German, and later I could take up Ancient Greek, but only if I dropped chemistry. The latter was a real problem. I had been interested in chemistry for years; I liked the feeling of analyzing the structure of stuff that I saw in it. But I liked language too, and definitely thought Latin and Greek might be interesting (cool new writing system). I was torn.

Some guardian angel should have whispered in my ear right then: "You are a linguist. Your mind appreciates both scientific analysis and linguistic diversity. Linguistics is what you were born for." And if it had been an angel with some serious power, perhaps it would have decided to smite the timetable planner and thus allow me to study both science and classics. But there was no angel.

I chose Latin and Greek (the chemistry teacher was rather boring), and began to lose touch with the sciences. But I wasn't really the mod-lang-and-lit type, and despite the efforts of my excellent classics teacher Charles Duchesne, who actually did lend me a book on linguistics (Margaret Schlauch's "The Gift of Tongues"), I drifted the way high school students sometimes do, and eventually dropped out. I played piano in a rock'n'roll band in Germany for a while (ironic: I had chosen to learn Latin instead of German!), and then went back to England and bought a Hammond organ, and my guitarist friend Pete Gage and I started a soul group (Geno Washington and the Ram Jam Band). But five years of being a professional musician convinced me that it was not what I was going to do for my whole life. I started repairing my high school education, and applied to various universities.

With my profoundly unimpressive academic record, I was a poor prospect, but I had a couple of pieces of luck. One was that the chair of the Department of Language at the University of York, Robert Le Page, knew Charles Duchesne somehow, and called him about my application, and (so I was later told) Duchesne said "He's bright; take a chance."So Le Page called me to York for an interview (they did that back then in British universities). The other was that I spent the half hour before my interview browsing in the university library, and happened to take a look at a dictionary of Jamaican English that I found there. I was interested: I was married to a Jamaican at the time. In the interview that fact came up, and Le Page asked if I knew the dictionary of Jamaican English that he had compiled with Fred Cassidy. I was able to say with full honesty that I had indeed had it in my hand just recently, and he beamed.

York was the only university that admitted me. And once there, I started doing something I had never previously done in my life: I took an interest in academic work and began to devote serious amounts of time to it. I don't think Le Page was ever satisfied that I had made any of the right choices (his heart was entirely in sociolinguistics, and I didn't become a sociolinguist). But I followed what interested me most. That turned out to be what is now called formal linguistics, which Le Page profoundly disapproved of. He seemed to hate Chomsky's work, which made me, ever the rebel, want to defend it.

Cautious-minded people told me that if I offended powerful people like Le Page I would never get anywhere, and that there were virtually no jobs in universities teaching linguistics anyway, so I would certainly never become a professional linguist; but I just ignored them. I was unable to contemplate life without linguistics at the center of it, so I just immersed myself in it as if I would be doing it all my life.

The story should really end with me getting my come-uppance: I should have been punished for my insolence, foolhardiness, rebelliousness, impracticality, and wasted high school days. I should have ended up a frustrated nobody living out a miserable life in a back street doing some job that was all drudgery. It would be good moral lesson for the young. But instead, I earned a first class honors degree, spent a year at Cambridge, and completed the Ph.D. at the University of London, where I also got my first teaching job. Ultimately (in 1981) I moved to California as a professor at the University of California, Santa Cruz. My life has been just the way I had decided it would have to be when I was at York: all linguistics all the time. Only even better than I imagined.

I have no idea why this was permitted by whatever angelic powers may be in charge of such things. I seem to have set such a bad example. But that's what happened. If I could tamper with the past, I would certainly try to make myself have studied harder in Latin, Greek, and mathematics, because a better knowledge of those subjects would have been useful. But perhaps any such tampering would have led to me never being a rock musician, and perhaps I needed that in my life for a while. I don't know. Today I simply tell people that I used to be a professional rock musician but I gave it up because I wanted more excitement in my life, and I found that excitement as a grammarian. It amuses people. But you know, it's pretty much the plain truth.