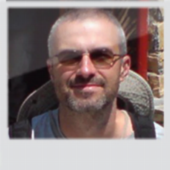 My fascination with dictionaries started in early high school. At the time, Poland was pretty much behind the iron curtain, so things like books in the foreign language were hard to come by, except those produced in Poland and the Soviet Union. Needless to say, the standards of foreign language teaching were also quite poor. I was, however, determined to learn some English, so finally I hunted down a few detective stories by Ed McBain, and started reading them. At first slowly, with the help of my father, looking up the many unknown words in the then most comprehensive of the English-Polish dictionaries compiled by Jan Stanis&##322;awski. I had much fun, though not so much reading the book, as looking up words; I quickly realized how inadequate the dictionary actually was, and some of the bloopers were really hilarious. Still, there was nothing better available.

Then, while on a school trip to Poland's capital in my junior grade, I was overjoyed to spot a copy of the recently published first edition of the Longman Dictionary of Contemporary English at a second-hand book store. The price tag was equivalent to about half the average monthly salary in Poland at the time, but I simply had to have it!

I loved my new Longman dictionary and used it all the time. Here too, though, I spotted a number of inadequacies and imperfections. After a while, I reflected on my experience with these dictionaries, clearly the best of those available at the time, and I thought how much I'd enjoy producing new, even better dictionaries in the future. When I shared this idea with my girlfriend (and now wife and professional colleague), she gave me the strangest of looks. And yet, against all odds, this unlikely dream did come true for me!

Before I became a lexicographer, though, I first obtained an M.Sc. degree in electronic engineering from Szczecin University of Technology, following my other long-time fascination with mathematics. Soon after, I joined the staff of the School of English at Adam Mickiewicz University in Poznañ. I very much enjoyed both of these schools, though for different reasons.

As a working lexicographer, I have participated actively in a number of dictionary projects for publishers including Harper-Collins, Cambridge University Press, Pearson Longman and the Kos'ciuszko Foundation. Apart from practical dictionary-making, I am quite involved in research on dictionary use. I have published a book comparing the effectiveness of monolingual, bilingual and bilingualized entries, and I am currently working on a number of research projects including topics such as access-facilitating devices, definition formats, dictionaries for production, space in dictionaries, and training in dictionary skills. I am the Reviews Editor for International Journal of Lexicography (published by Oxford University Press) and advisor to Macmillan Dictionaries. I also love teaching.

One thing I simply have to mention is the two wonderful years of my early career spent at Eastern Michigan University (note the T-shirt in the picture!), the home of the Linguist List. There, I witnessed the birth of the List, and got to know, and become friends with its wonderful team, including the dedicated student editors! I truly believe the Linguist List is the best thing that ever happened to the community of linguists worldwide. I would say it's a gift from God, except I am an atheist, so I must name Helen and Tony instead. :-)