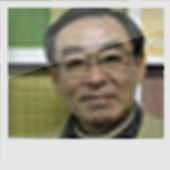 My path to linguistics was probably a bit unusual. I was already 24 when I started studying linguistics in 1978. I was fortunate to receive three key pieces of advice that led me into the field.

I was stubborn, independent and in retrospect, stupid when I was a teenager in Japan. I pretty much ignored schoolwork and spent much of my time reading novels and philosophy books. That continued until I suddenly felt that there were more things I ought to know and that I wanted to be "taught." My father suggested that I go to the States and start my college life afresh. I followed his advice and moved to California shortly after I turned 20.

After two years at Menlo College, I transferred to Stanford and majored in philosophy. The plan at the time was to go on to graduate school in philosophy, but then some of my advisors made an excellent suggestion. They advised me to study linguistics first because I was interested in the theory of mind and philosophy of language. I knocked on the door of the Linguistics Department, and asked to be admitted as an MA student.

Linguistics was far more exciting than I expected. I also found out that the research community was friendly and family-like. It welcomes you if you are interested in the field and it supports you if you are trying to contribute to the field. Just when I started thinking of staying in linguistics in 1979, the Philosophy Department invited Noam Chomsky for a lecture series, which was later published as Rules and Representations. With that and the encouragements of my advisors, I decided to pursue Ph.D. in linguistics.

I initially planned to continue at Stanford because I felt very comfortable there and I had completed the course work for Ph.D. by then. But my advisors there gave me the third piece of advice. That was to "go away." They thought I should interact with more people and have broader experience. When I moved to MIT, I was thrown into the excitement of the GB era. It was hard not to dream of making an outlasting contribution to the field.