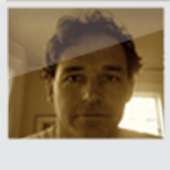 These are some of the things that drew me into linguistics. As a child, I stuttered. It was so bad that I couldn't say my last name, or half the words in my head.
"S-s-s-s-s-s-s-s e-e-ly...." I'd hiss as I introduced myself.
"Good m-m-m-m-m-orning..." I'd stammer as I greeted the bus driver.

It was so difficult to get out certain words that eventually I just said any name or word that I could say without stuttering. Often I ended up blurting out things like "Hi, I'm Daniel Tinglehammer" (oddly enough, "Tinglehammer" was easierfor me to say than "Seely.") Or I was forced to talk around words, even words as simple as "morning." "What a nice ... part-of-the-day-before-noon-when-you-usually-eat-breakfast." I don't know which was worse - when the words didn't come out of my mouth or when they DID.

Needless to say, I was teased relentlessly and ruthlessly.

But, two good things came out of this. The speech therapist I visited taught me a lot about how to produce sounds. She inspired me to experiment with different methods of sound production and through trial and error, I discovered that if I inserted a glottal stop right in the sound I knew I would stutter on, well, MAGIC, I didn't stutter on it. To me, this was amazing. Of course, my name came out as s-eely, sounding rather robotic, but at least the name came out!

I'm no phonetician, but this early experience made me sensitive to the mechanics of human sound production and when, many years later, I took a linguistics course, phonetics/phonology held an emotional relevance for me. After all, glottal stops changed my life!

Another good thing came out of stuttering: I was very conscious of the competence-performance distinction, long before I heard those terms. Even as a young kid, I knew that verbally I could express myself perfectly fine, as long as it stayed in my head. If you've never been a stutterer it's hard to fully appreciate how strange, and frustrating, it is to have the language in there (with just the right words and phrases), but you can't get it to leave your lips. The competence-performance distinction was a therapeutic confirmation of what I experienced on a daily basis: I had the same linguistic rule system as everybody else, but not the same ability to use it.

I kept inserting those glottal stops hoping my performance would catch up to my competence and little by little the stops got shorter and shorter until, except when I'm tired (or lying!), the stuttering was gone. Then came the deck of cards.

As a teenager I played cards -- twenty-one mostly. Once my friend was about to turn over a card and he said: