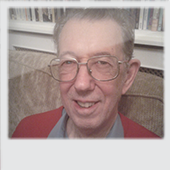 It all began at secondary school when I specialised in languages – French, German and Latin – simply because the man teaching French and German (Leonard Priestley) was an inspiration. Reading Voltaire’s Zadig was an excuse to discuss astronomy and the nature of the senses; studying Molière led to ruminations on hypochondria. Syllabus? What syllabus? So I went to Cambridge (UK) and read ‘Modern and Medieval languages’.

In my final year I had to select five optional subjects (out of some 77) to be examined on. I had chosen the History of the French Language, the History of the German Language, German Literature before 1500, Vulgar Latin & Romance Philology, and was about to put down German Literature in the 20th century, when a friend asked if I knew what ‘Linguistics’ was. After we had agreed that neither of us had the slightest idea, he persuaded me to join him in adding it as our final option. So in October 1960 we enrolled on John Trim’s course on “The Principles of Linguistics”, and I have been hooked ever since.

The bulk of the course consisted of phoneme theory, with a healthy admixture of morphemes and even a smattering of syntax in the form of Immediate Constituent analysis. Banal by today’s standards, but Trim was an inspiring teacher and I was soon converted from my desire to be a medievalist to a desire to understand everything about the phoneme. In fact, my understanding even of that was minimal. I still remember with stark clarity at the end of the first term being given a passage and told to transcribe it both phonetically and phonemically. I had no idea what that meant. Similarly, I remember endlessly searching in my dictionary for some insight which would enable me to distinguish ‘syntax’ and ‘semantics’, but again to no avail. These memories have made me tolerant of students today who have problems with a much more rebarbative jargon.

We took finals. I got distinctly mediocre marks, and was told unofficially that my worst paper had been linguistics, which I nearly failed. So I applied for jobs. Fortunately, none of librarianship, school-teaching or the British Council would touch me and, faute de mieux, I started a PhD at UCL. I had a hankering to do field-work and planned to go up the Amazon and find some unwritten language to study. I was advised that Nigeria was more likely to leave me alive at the end of my trip and I finally picked on Nupe. The Central Research Fund of the University of London gave me my air fare, but it seemed more interesting to go overland so I hitch-hiked to Bida in Northern Nigeria... The journey lasted two months, took me through 14 countries, and included every conceivable form of travel – from aeroplane via pilgrim-lorry to dug-out canoe.

A year’s field-work is wonderful training for any linguist. Being confronted with a complex tone language, whose syntax was unlike anything I had ever heard of was chastening, exhilarating, illuminating, educative, and fun. It was also intermittently very lonely and extremely hard work, but it set me up with stories to dine out on for life, and it also brought a PhD. Better still, my new found expertise as an Africanist seemed to have qualified me to become a lecturer in West African Languages in the Department of Africa at SOAS (the School of Oriental and African Studies).

MIT was a revelation. There was huge enthusiasm, appallingly hard work, and remarkable talent. I had gone to MIT because of Chomsky, but when I arrived, he was away and, to my great good fortune, Morris Halle took me under his wing. Partly because of this and partly because I am married to a medical doctor I later wrote a book on the acquisition of phonology. How come? As my work wasn’t essential like that of a doctor is, it often fell to me to look after our elder son, Amahl. To stay sane I made endless notes and recordings. Who but a linguist could sit on the floor playing trains and claim it was research? It was such fun that I did it again nearly 40 years later and wrote a book on the acquisition of phonology by his elder son, Zak.

When I had arrived at MIT the place was buzzing with the ideas of Generative Semantics, and the demise of Chomsky’s ‘Standard theory’ was widely assumed to be imminent. Chomsky’s response was electrifying. In the spring semester of 1967 he delivered the lectures which became “Remarks on Nominalization”, widely interpreted as a systematic attack on Generative Semantics. Chomsky’s arguments were illuminating: at once critical, penetrating and innovative (X-bar theory first saw the light of day in these lectures), and ultimately set the scene for much of the linguistic theorising of the next decade. But it was another thirty years before I thought I understood enough of his ideas and ideals to write about them.

Being a linguist has brought other pleasures: beautiful people and places to visit, the chance to straddle disciplines and popularise one’s favourite findings, wonderful colleagues and co-authors, inspiring students, awe-inspiring subjects of research like the polyglot savant Christopher. The list is almost endless. Be a linguist!