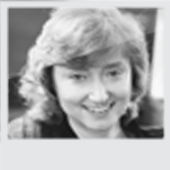 While in college I had no intention of going to grad school. I recall sitting in the snack bar while my friends traipsed off to take the GRE's. All I wanted to do was travel, and learn languages (aha, a hint at where I'd end up). On graduation in 1966, I worked for half a year or so and saved my money (those were the days of Europe on $5/day), then went to Europe on a one-way ticket. A friend and I flew over together, but parted way when she headed for Southern Europe while I went North to Scandinavia and the Communist countries (yes, they were still Communist then), as I had relatives in Poland. We planned to meet in Athens and then travel, overland, through Turkey, Iraq, Iran, and Afghanistan to India, from where we'd take a boat to Japan and teach English. (Imagine, all those countries were open and relatively safe at that time.) For reasons rather too complex to explain briefly, I never got past Greece; I ended up teaching English in Greece rather than Japan.

I returned to the US after a year and a half, and pretty soon decided to go to grad school after all — for a master's in English. (I knew I'd never get a PhD and marveled that anyone would want to do something like that.) With my MA from Wayne State U. in Detroit, I got a job teaching English at a community college in Trenton, NJ, and then in the academic skills department of Lehman College, CUNY. This brings me to the age 29, and I was restless again; I missed the intellectual life. I didn't want to just teach writing forever. So I attended a linguistic institute at the University of Michigan in 1973. (I'd seen a poster for a linguistic institute while at Wayne State, and it had stuck in my mind as something worth doing someday). The stars were aligned in my favor; that summer, the institute was devoted to "language in context." I took courses from two professors who remain my mentors and my inspiration to this day: Introduction to Linguistics with A. L. Becker who provided an anthropological perspective; and Robin Lakoff's pragmatics class which covered language and gender, politeness theory, and a theory of humor. I was also inspired by other courses (one on black English and one on language attitudes) as well as the panoply of lectures. I particularly remember one by Manny Schegloff, who had several blackboards rolled in, on which he had written transcripts of conversations in which showed order where there had seemed chaos.

I was hooked. Here was a discipline that combined my love of language with an obsessive interest in conversation. With no particular career goal in mind, I decided I wanted to spend the next several years studying linguistics. A friend at the Institute, Jane Falk, who was then getting a PhD in Princeton, said, "If you think this is linguistics, you'd better go to Berkeley." And that's what I did. While working on the Phd, I had no intention of becoming a professor. But I began giving papers at academic conferences and publishing academic papers, and when I got my PhD in 1979 I went ahead and applied for jobs, as that seemed the logical next step. Once again the stars were aligned: a position was advertised at Georgetown University that was a perfect place for me — a sociolinguistics program within a linguistics department. I applied, I got the job, and I've been here ever since. Linguistics has given purpose to my life, so I'm glad I've had a chance to pay back to the field: I directed a linguistic institute at Georgetown in 1985, and I have worked hard to communicate to the world at large that psychology isn't the only discipline that can shed light on human relationships; that language plays a huge role, and linguistics is essential to understand how it works.