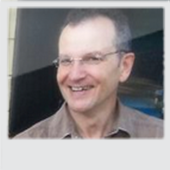 I was brought up in a multilingual setting, with parents who between them spoke Italian (Standard and Veneto and Triestin), German, Friulian, Polish, Russian, and Uzbek, so I developed an ability and interest in languages that I just followed when I began my studies. My first linguistics degree in the late 1970s was based entirely on Chomsky's Aspects of the Theory of Syntax and at first I enjoyed the calculus of phrase structure grammar and transformations. However, I was also interested in Australian languages and could see a mismatch between theoretical constructs based on ideal examples and the use of language by speakers.

My first experience of working with Aboriginal people came when I was a volunteer at Friends of the Earth and we organised a demonstration against a uranium mine site near Broken Hill in South Australia. I got to know some Paakanji Aboriginal people from Wilcannia who were the traditional custodians of the country there and then in the early 1980s went up there to see what use a new linguist could be. I ended up writing some introductory materials in the language based on Luise Hercus's grammar and recorded speakers to use in an audio guide to the language.

I tutored in linguistics at La Trobe University and after my honours year I got a short contract to teach at the University of Western Australia. My next job was at the School of Australian Linguistics, an institute set up (partly by Ken Hale) to train indigenous Australians in language work. Having that experience encouraged me to apply for a job to prepare a survey of Aboriginal languages of Western Australia that led to writing a handbook of those languages, and, in 1988, to setting up a language center in Port Hedland (Wangka Maya). This involved a long process of consultation with local Aboriginal people who formed the management committee of the Centre. A trained teacher and Banjima/Yinhawangka woman, Lorraine Injie, started work with me as we recorded local speakers, prepared new material, and set up a resource center for the 25 or so local languages. I made friends with a family of Warnman speakers and spent some time with them, recording the language from the Great Sandy Desert.

The task of preparing new materials based on older materials taught me the value of regular expressions and text conversion in those early days of personal computers. The Australian Institute of Aboriginal Studies advertised for someone with these kinds of skills to build an archive of texts related to Aboriginal languages and I moved to Canberra to set up this collection. I had two children in the early 1990s and we wanted to go somewhere where they would be immersed in another language and culture, so we went to live in Vanuatu as Australian Volunteers Abroad (like Peace Corps) where I worked at the National Museum. I got to know the local language (South Efate) which then became the topic of my PhD dissertation. It was of concern to me that, in the course of doing a PhD at a university linguistics department, I got no training in the methods for recording, transcribing, or using new tools for analysing the materials in the language, and that there were no tools available for accessing recordings via text, nor for citation of primary recordings in the analysis. In those (pre-Elan) days I wrote some software (Audiamus) to allow me to create a text/media corpus and then to link examples and texts in my grammar of South Efate to the media so that they could be verified by readers. The corpus continues to be extremely useful in my ongoing work with South Efate.

This all drove home to me the value of making good records, and coincided with the development of language documentation as a stream within linguistics. With Linda Barwick I established the Pacific and Regional Archive for Digital Sources in Endangered Cultures (PARADISEC), in order to look after field recordings, and we located a number of collections of tape recordings that we digitised, created a catalog for, and made accessible for ongoing research. PARADISEC has been going for ten years and we have digitised nearly 4,000 hours of recordings that would otherwise have been lost. In order to support sharing expertise on new methods I (with Margaret Florey) set up the Resource Network for Linguistic Diversity (rnld.org) as a mailing list and website.

I was an assistant professor in the department of linguistics at the University of Hawai'i at Mãnoa from 2008-2010 and taught in the language documentation stream there. That program attracts great students and, under the leadership of Ken Rehg, we started the journal Language Documentation & Conservation (LD&C) and hold the first international conference on LD&C. I now have an Australian Research Council grant to work at the University of Melbourne and this lets me continue to develop PARADISEC, and to work on South Efate and Warnman.

Language documentation allows us to be scholarly researchers and, at the same time, to create records for the people we record. I have been lucky that my interest in this work has coincided with the realisation within linguistics that field-based research and resulting corpus-creation are valuable activities that are necessary for the scientific foundation of linguistics.