The University of East Anglia 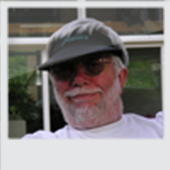 It was a sort of secret schoolboy vice. I read all the foreign language grammars in the local library, and collected what information I could about languages. Having started French, German and Latin at school, I got interested, as I hitch–hiked round Europe with friends in the 1960s, in Flemish, Luxemburgish, Plattdeutsch and Swiss German, as well other languages we met such as Italian, Greek and Macedonian. Like other people in my generation, I‘d become interested in linguistics without knowing there was any such thing.

I then went to Cambridge to study French and German Literature, thinking this was the only way to follow my interest. I wasn‘t a gifted practical linguist, and hopeless as a literary scholar. So one of the most important things that ever happened to me was finding quite by chance a copy of Hockett‘s A course in modern linguistics lying around on a table in the library. I realised, as I turned the pages, that this was what I was really interested in. And then I found out it was actually possible to study this subject.

Soon afterwards my tutor, a distinguished literary scholar, asked me to write an essay on the novel A Rebours by Huysmans. I sat down to read it and was overwhelmed by the feeling that not only did I not want to read it, but that I actually was not going to. I went timidly back to my tutor and said I believed there was a subject called Linguistics and I was considering dropping French Literature in favour of that. He smiled. “Mr Trudgill,” he replied: “I think that would be a very good idea”. I still have A Rebours on my shelves, its pages uncut.

So my BA consisted of as many linguistics/philology courses as I could find. Wanting to continue my linguistics studies, I then applied to do the MA Linguistics course at Edinburgh. I initially floundered a bit on the course, and felt intimidated by my failure to understand what generative grammar was for – a problem solved by Dinneen’s An introduction to general linguistics.

Lyons was later kind enough to refer to the 1966–67 group of students as his “annus mirabilis”. We were all people who hadn’t known what linguistics was until we got to university; who’d been fortunate enough to benefit from the British State Studentship postgraduate grant system; and who were later able to obtain posts as universities rapidly expanded their linguistics teaching in the 1960s and 1970s. There wasn’t much sociolinguistics at Edinburgh, so another chance encounter with a book was very fortunate. In an Edinburgh shop, in November 1966, I came across Bill Bright’s volume of papers from the first ever Sociolinguistics conference, at UCLA in 1964. Sociolinguistics contained Labov’s “Hypercorrection by the lowermiddle– class as a factor in linguistic change”, and I immediately bought the book, even though I couldn’t afford it.

Reading Labov, I knew that this was what I wanted to do. And so I became the first PhD student in Britain to start working in the Labovian paradigm, on my own Norwich dialect. I was very much on my own, making decisions about how to do my research and what my objectives were. What I should have done was contact Labov and tell him what I was doing, but I was too timid to do that. It never even occurred to me.

I was interviewed by Frank Palmer, David Crystal, and, sitting rather disconcertingly behind me, Peter Matthews. One of the first questions Palmer asked was: “If you got this job, and you had to teach a sociolinguistics course, what would you teach?”. Crystal said afterwards that I’d been the only candidate able to answer that question satisfactorily, a sign I suppose of the extent to which people working in the field were breaking new ground.

I began teaching at Reading in the autumn of 1970. During my first year I was asked to give a staff seminar. I gave my paper “Sex, covert prestige and linguistic change in the urban British English of Norwich”. Crystal, who together with Labov and other notables was on the editorial board of the new journal Language in Society, heard the paper and immediately sent it to the editor Dell Hymes, suggesting publication.

During the summer of 1971 I was on holiday in Norway when I got a letter from my mother. Some American academic had been in Norwich, she said, and had telephoned to ask if my parents had a copy of my PhD thesis – and could he come and see it? She had invited him to tea, and he had come and had a piece of her cake, and looked at my thesis. He had liked the cake, and the thesis. ”Have you heard of him?“ she wrote. ”His name was William Labov.“