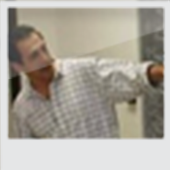 I became a linguist by mistake. I was supposed to be majoring in economics, after having studied basic science. It was a time of great changes for Spain: Franco had just died, and after decades of dictatorship everyone was on the move. So it was easy to think you could achieve something by organizing through demonstrations, the arts, intellectual discussion. Suddenly economic equations seemed dry, and all my friends thought they'd make it as painters, actors, musicians. (Most of them have). I dropped out of school and lived for a while writing for the radio, TV and the stage. I had lots of odd jobs, including organizing a jazz joint in the red district. After a couple of brushes with the law I ended up penniless. My girlfriend had spoken about 'majoring in something easy' relating to literature. I did in English - which still sounds to me like majoring in Planet Jupiter or The Moose - and linguistics was the only thing I understood. Plus it dealt with Chomsky, who I knew from the left.

I continued working as a journalist to pay my bills, and one day I was assigned to interview Esther Torrego. She urged me to go abroad, as I was facing the draft right after the country had undergone a military putsch -not the best option for an anarchist with a Basque last name. She spoke of this guy Lasnik, who might teach me a couple of tricks, and said I should apply to a bunch of places in the US. I spent my remaining savings in the process, and got accepted in Kentucky. And Pittsburgh (a Fulbright visitor from there took pity on me). I taught (!?) Spanish for a while and attempted to organize a TA union (unsuccessfully), but saved enough to go to Connecticut. They must have had a bad yield, as they ended up accepting me in the last minute. No funding, no problem (gardening, refereeing when all else failed, duck hunting). I tried to learn my craft, more or less the way one learned to play the horn in Kansas City in the thirties. It was pretty neat to hang out wherever I could, watching, aside from The Man himself, the likes of Lasnik, Higgy, or Kayne play their jam sessions. With little to lose -the draft still looming- I joined a new program in Maryland. I'm sure they too were mistaken, but one's stuck with luck.