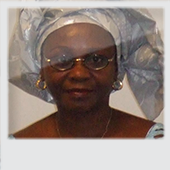 Apart from my father who introduced me to the beauty and complexities of language in the spoken and printed word, one other person who inspired me to take an academic interest in language structure was my undergraduate lecturer at the University of Calabar, Dr. Roland Sodowsky, a USA citizen. He had the (mis)fortune of teaching the most difficult courses in the Department of English where I was taking courses as an Education major with English Language as my primary teaching subject. One of such courses was the Structure of English. Although students dreaded the course, some of us persisted because Dr. Sodowsky was such a conscientious and dedicated teacher. He never missed any class, come rain or shine, quite literally. I recall once when he actually arrived the class dripping wet after one of those torrential rains that characterises the city of Calabar in the south of Nigeria.

My curiosity thus piqued, I seized the opportunity which presented itself in the form of a two-week summer school in linguistics, literature and culture organised by a group of linguists and literary scholars including professors Monday Abasiattai and Okon Essien, and late professors Kay Williamson and Ime Ikiddeh during the long vacation period of 1984 to learn more about this subject that Dr. Sodowsky was so devoted to.

It turned out to be quite enjoyable as we learnt about phonemes, morphemes, aspects of literature, culture and translation. At the end of it all, there was a final assessment. Based on our performance at that examination, three of us were offered temporary appointments as teaching assistants with the then University of Cross River State which metamorphosed into the University of Uyo in 1991.

Obviously, that didn't make me a linguist. I was sent for training at Nigeria's premier university, the University of Ibadan. That was where my training as a linguist began. But my dream of becoming a linguist was almost scuttled in Ibadan. It was a nightmare at the beginning and I almost packed my things and left but for early lessons in perseverance. Because I had very little background in Linguistics I had to audit several undergraduate linguistics courses while concurrently studying for the MA Linguistics programme at the University of Ibadan. I arrived Ibadan in the middle of the semester and my first introduction to Linguistics in Ibadan was a phonology course where 'distinctive features' was the day's lesson. It was a third year undergraduate class and the lecturer was leading the students to fill in the values of the features for different segments. I had no clue what was going on in the class --all I heard was 'plus', 'plus', 'minus', etc. I had never felt so frustrated as a learner in my whole life; and to think that these were undergraduate students. Fortunately for me, my lecturers were very helpful, recommended books and answered questions and I was determined to understand the basics of linguistics. The good news is that I eventually graduated with a PhD in Linguistics (with concentration in Phonology) from the University of Ibadan. My teachers in Ibadan included distinguished linguists like Professor Ayo Bamgbose, Professor Ben Elugbe, Professor Kunle Adeniran, Professor Akin Akinlabi, Professor Augusta Omamor, Professor Kola Owolabi and not the least Dr. Isaac George Madugu.

Being a linguist has provided me with innumerable opportunities to travel extensively to various parts of the world, places I never imagined I'd ever get to. These opportunities have been even more rewarding when I get to meet with famous linguists I previously had met on the pages of their books and articles --linguists like Larry Hyman, Helen Aristar-Dry, Anthony Aristar, Fiona McLaughlin, James Essegbey, Felix Ameka, Firmin Ahoua, Bob Ladd, Steven Bird, Mark Liebermann, and many others.

I have enjoyed my work as a linguist, especially on fieldtrips. I recall once when we went on a fieldwork with a class of third year students and then the heavens opened up and we had a deluge. Our vehicles were stuck in the mud; our clothes and shoes were all covered with mud as we attempted to extricate the vehicles out of the mud. Unfortunately, the students couldn't get to the destination but we had to find a way to get to the chiefs and community leaders because they had been expecting us and were waiting expectantly all day! We learned an invaluable lesson - taking the weather into consideration, especially in our part of the world where torrential rains are common, sometimes without much notice! Being a linguist is a process really; a linguist is work in progress!