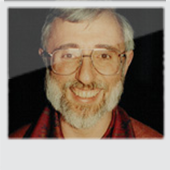 In the background were my interests, as a child in languages, in writing, in science, and in mathematics. In high school I took Latin and German, did science fair projects in biology and physics, weighed possible careers in music (I was a classical pianist, and good enough to win some local competitions, but not, I eventually realized, of conservatory quality) and chemistry and mathematics, and edited my high school's newspaper (and later, by a remarkable accident, got to work for four summers on the Reading Eagle, in Reading, Pennsylvania).

In the middle of this came an experiment in the teaching of English grammar: instead of a traditional textbook, my English teacher one year opted for Paul Roberts's Patterns of English, based on Charles Carpenter Fries's structuralist (and corpus-based) description of English grammar. Just wonderful: you could look at a language analytically and systematically; you could discover the principles by which it was organized.

Go forward a few years. I decided on an academic career - I really liked teaching - and I went for mathematics. Then my roommate at Princeton, an English major, found a linguistics course in the catalogue and suggested we take it together. Well, of course.

Then there wasn't any more. So I took two years of Sanskrit with Sam Atkins (and did some German and Russian along the way) - which in a sense was just more linguistics, now from William Dwight Whitney and dealing with a language not at all like English.

Most of my professors in math at Princeton (then certainly one of the most distinguished programs in the world) were mystified by my desire to take courses outside my specialty (discrete mathematics, especially mathematical logic and set theory) - in music (Haydn and Mozart) and sociology (deviancy), for example - though they were a bit more tolerant about all those philosophy courses I took: philosophy of language, philosophy of science, philosophy of mathematics (lots of Carl Hempl, lots of Paul Benacerraf, to add to Alonzo Church and Ray Smullyan and my junior-year adviser, the logician Abraham Robinson).

Benacerraf and Robinson steered me towards Chomsky; this was the early 60s, and I was curious. (Robinson asked me one day, "Have you heard of this fellow [xómski]?") Benacerraf became my senior-year adviser, and directed my senior thesis, in mathematical linguistics. He encouraged me to apply to the brand-new Ph.D. program in linguistics at MIT. Yes, by this point I was committed to graduate work in linguistics. (Eventually I'd realized I was really good at mathematics but that I probably wasn't ever going to do first-rate work. It was music all over again. Linguistics, on the other hand, promised a route to doing cool stuff over a long lifetime, and so it has been.)

I applied as well to Penn (remember Hoenigswald? and by then Zellig Harris was an important influence on the way I thought about linguistics) and Berkeley, two of the very few universities in the U.S. with established programs in linguistics then. MIT would be a total adventure; officially, the program had begun the year before, in 1961, and the whole intellectual enterprise (led by Chomsky and Morris Halle) was pretty much a matter of inventing things on the spot, and was generally viewed, from the outside, as eccentric at best.

Penn lobbied for me, while Berkeley rejected me (I didn't have enough background in languages for them). In the end, I went for the adventure. On to the banks of the Charles.

One last note: early on, I was tagged as a "Chomskyan", which in some people's minds seemed to entail a liftetime subscription to Chomsky's ideas (whatever they were this year). But of the MIT students from those early years (plus Lees, who preceded us) and the others who became early proponents of Chomsky's ideas (Bach, Fillmore, Klima, and Postal, for instance), nobody fully subscribed to those ideas in later years, and most of us pretty quickly became notable apostates. To my mind, these developments were a very good thing.

Now I'm at Stanford (after a few years at Illinois and many at Ohio State), where one of my functions is to tell sociolinguists they need to know a lot about theoretical linguistics and to tell theoretical linguists they need to know a lot about variation (me, who never took a course on sociolinguistics, dialectology, or anything similar!); the program is designed to integrate theory with empirically based research. Meanwhile, I'm doing a lot of research on variation in syntax, usage, and style, and on the advice literature about these matters. It seems almost unimaginably far from where I started.